We need more than beach cleans to stem the plastic tide

It’s not often that I get the chance to go out and talk to people outside of the NGO, government or industry world about the work we do and their views on the issues we are trying to address, but recently I had a great opportunity.

Over the weekend of the 14th- 17th September the Marine Conservation Society held its’ annual ‘Great British Beach Clean’. This year is the 25th anniversary of this event. Yes, we’ve been doing beach cleans for 25 years!

Since it started, the beach clean programme has steadily grown. Although we don’t yet have the final totals for 2018, we expect to have completed an unprecedented 500 beach cleans around the UK over the weekend, with something like 10,000 volunteers. Thanks to the effect of Blue Planet 2, and the publicity from the likes of Sky Ocean Rescue, the One Show and Blue Peter, the impact of plastic on the marine environment now seems to be lodged firmly in the public’s minds.

It’s a bit of a strange thing running a beach clean. You arrive early at an empty beach with a car full of litter pickers, rubbish collecting bags, gloves, tabards, flags and forms. You unload the kit and set it up – battling the wind to stop the marker flags from blowing over. You hope that the rain won’t come and the wind will subside enough to stop the leaflets blowing away and causing more beach litter. And then you wait… And eventually they arrive - groups on a work day out, families and friends, couples with their dogs, scout troops, school parties and community groups. Some come from a long way away to join their nearest beach clean, some live just around the corner, but they all want to help.

Talking to these brilliant volunteers makes it clear that they understand the problem of marine plastic - and they want action. One of the most telling things was the number of parents who told me they were there because their child had insisted that they come. The enthusiasm of the kids was really inspiring and it brought home to me how important it is that we fix the single use plastic problem now, and not leave it to the next generation to sort out. They want us to do this.

From my very small sample of three beach cleans over the weekend, the volume of litter wasn’t huge, but we did find lots of smaller bits of plastic, including cotton bud sticks, bottle caps and nurdles (pre-production pellets). Even a beach that on first inspection seems clean really isn’t. From that small sample it seems that beach cleans might be having an effect in reducing amounts of litter on certain beaches, but come the storms of the winter that’s likely to change. Plus, how long can we rely on the public to clean up the mess?

It seems to me that a significant proportion of the public are switched on to the issue of marine plastic and are doing their bit. Now we need governments to follow suit by implementing measures such as deposit return schemes for drinks containers, introducing taxes/levies, charges or bans on those single use plastic items that are most commonly littered and reforming recycling and producer responsibility systems. Industry should embrace these changes in legislation, innovate to reduce the amount of packaging they use and ensure that plastics are reusable or readily recyclable.

And there is no excuse for delay. The UK Government’s 25 Year Environment Plan commits to ‘achieving zero avoidable plastic waste by the end of 2042’. By that time the kids I met on the beach will be in their thirties and MCS will be celebrating 50 years of beach cleans. That can’t be right! 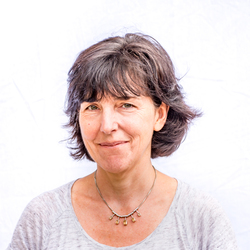