The plight of wildbirds is a warning call for us all

The biodiversity and climate crisis is not going away, as confirmed by scientific evidence published today showing that the UK’s bird life is still in trouble.

The UK and England bird indicators are part of the government’s suite of biodiversity indicators and show how the fortunes of birds of farmland, woodland, waterways and wetlands, and marine and coastal areas have fared between 1970 and 2018.

Birds occupy a wide range of habitats and respond to the same environmental pressures, such as climate change or habitat loss, that impact other groups of wildlife, and so their status is thought to be a good indicator of how wildlife as a whole is faring.

While the combined all-species index has changed little, showing a relatively small decrease in species populations of 11% since the 1970 start point, looking at specific groupings of these birds provides evidence of more substantial changes.

Ongoing declines in common farmland birds have not been halted, and the indicator is now 56% below its 1970 level. Whilst much of this loss occurred in the late 1970s and early 1980s, the indicator has continued to decline at a steady rate since then; on average, numbers of farmland birds fell by 6% between 2012 and 2017. Within this overall pattern some species have prospered, but four farmland species (corn bunting, grey partridge, turtle dove and tree sparrow) have experienced severe declines in excess of 90% since 1970.

News for birds of other habitats is more mixed. Woodland bird numbers have fallen by 29% on average since 1970, and a considerable number such as nightingale, wood warbler and willow tit are on the Red list of highest conservation concern. Although since 1996 the index has been relatively stable, more recently these species declined significantly by 8% between 2012 and 2017.

The other three indicators, for breeding water and wetland birds, seabirds, and wintering waterbirds, have all shown significant declines over the recent assessment period.

Among the birds that have done better are species, including firecrest and little egret, that are expanding their range northwards in response to changes in climate driven by anthropogenic emissions of greenhouse gases.
Other birds are doing better as a result of expenditure by government on conservation measures. Bittern, cirl bunting, stone curlew and corncrake have all improved their prospects as a result of government funded conservation measures. The positive responses of these species to conservation action tells us we already have many of the tools needed to deliver a turnaround.

However. while some species have benefited from climate change, others, including Corn Bunting and Snow Bunting, are declining as climate change contracts their range or exacerbates other impacts.

The increases in the populations of wild birds achieved through investment in conservation action must be considered in the context of historic bird population declines running into the millions across the UK, and severe and ongoing cuts to the budgets of government conservation agencies tasked with delivering conservation action.

These cuts threaten to undermine not only progress towards UK and global biodiversity and climate targets, but also our ability to keep track of progress through monitoring. Arriving at a situation where government conservation agencies can neither deliver conservation action, nor even keep track of how our iconic wildlife is faring is serious cause for concern.

As the UK enters another election period, the challenge to all political parties is to ensure funding is provided to tackle the biodiversity and climate crisis and deliver on the ambitious pledges made by UK governments nationally and globally. 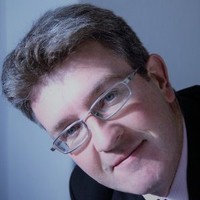