Matt Browne, Advocacy Lead at Wildlife and Countryside Link, highlights the findings of a new Link report on the exemption of Major Infrastructure Projects from Biodiversity Net Gain.

When it comes to development’s impact on nature in the UK, one fact can stand in for many. Since 1990 2,505km2 of grassland habitat have been converted to urban use, an area the size of Dorset. This loss goes far beyond just grassland; development is reducing the habitats that our flora and fauna rely on, on a significant scale and at an accelerating pace.

It is becomingly increasingly clear that we cannot continue to urbanise at this rate and in this manner and expect to reverse nature’s ongoing decline.

Happily, a greater understanding of the pressure that development puts on the natural world has started to lead to policy action. The 25 Year Plan for the Environment included a new commitment to embed ‘an environmental net gain principle for development, including housing and infrastructure’ within planning. This has since been taken forward by proposals in the Environment Bill for Biodiversity Net Gain (BNG), a new planning condition requiring developers to achieve at least a 10% uplift in biodiversity through their development.

So far, so good. If implemented well, BNG could be an effective tool to ease development pressures on wildlife. Crucially however, BNG currently has only a partial coverage – applying in the main to residential development. Despite the explicit commitment in the 25 Year Plan for the Environment that net gain would cover both housing and infrastructure, the Government has so far exempted major infrastructure projects from the Environment Bill’s BNG planning condition.

A new report published today by Wildlife and Countryside Link reveals the harmful impact this exemption will have. The report assesses environmental impacts of three major infrastructure projects consented in the past decade under the current regime and as such without BNG, using the Environmental Impact Assessment (EIA) supplied with each application. This assessment shows that these three projects alone will result in net loss of 504.59ha of natural habitat, including the destruction of an entire Local Wildlife Site and the reduction in size of three others.

To put this number in context, in December 2020 the Government announced a £12.1 million ‘community forest’ funding commitment to plant 500ha of new woodland in England. The equivalence of the two figures illustrates the cost of not adopting BNG for major infrastructure projects in England. The biodiversity, climate and community benefits of a £12.1 million Government investment in nature will be offset by the habitat loss from just three major infrastructure projects.

This is just the tip of the iceberg. The three projects included in the study represent 25% of major infrastructure projects consented in one region (Eastern) over the past decade. England has eight other regions. The scale of infrastructure delivery is also due to ratchet up, with the Government committed to significant increases in infrastructure as part of its levelling up agenda.

The continued exemption of major infrastructure from BNG risks habitat loss at such a scale as to undermine the Government’s wider environmental agenda. This harmful impact will not only be measured in environmental terms – there will also be long-term consequences for our economy. As Professor Dasgupta’s recent report on the economics of biodiversity makes clear, nature and the services it provides (from providing water to boosting public health) are economic assets, just as infrastructure projects are assets. Denuding a long-term economic asset just to deliver another type faster represents - at best - robbing Peter to pay Paul. As Professor Dasgupta warns, continuing to damage natural assets to secure short-term profits ‘presents extreme risks and uncertainty for our economies’.

The Environment Bill is shortly to return to Parliament, giving the Government the opportunity to show that it has heeded this warning and understands that a Green Recovery cannot deliver short term economic gains at the expense of the healthy environment that is required for long term economic stability. Link is calling for a (long-promised) consultation on applying BNG to major infrastructure projects to be launched without delay, and for the Environment Bill to be amended to extend BNG to major infrastructure projects. We expect that the amendment to enable this, supported by Link and Greener UK at Committee Stage of the Environment Bill, will be advanced again in the Lords, giving the Government the chance to act before it is too late.

The 25 Year Plan for the Environment got it right - BNG should be applied to new infrastructure. With the cost of exemption now clear, and the infrastructure pipeline gathering steam, the time has come to say it must be.

Matt Browne is Advocacy Lead at Wildlife and Countryside Link 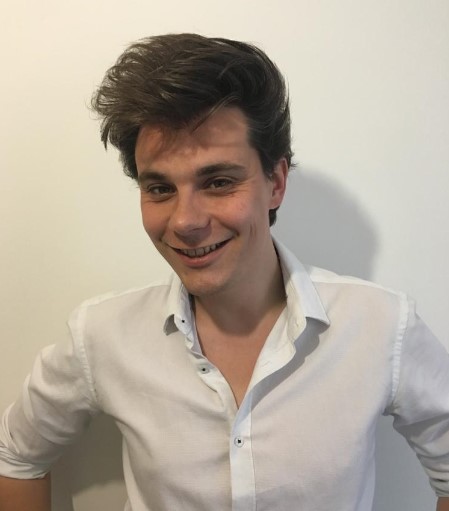