Sarah Dolman, Policy Manager at Whale and Dolphin Conservation, examines the progress made in tackling the issue of bycatch, and calls for further action to save the lives of dolphins, porpoises, and whales.

‘I want to see significant reductions in the number of dolphins and porpoises caught and killed in our fisheries’. This was the declaration made in 2017 by George Eustice MP, the then fisheries minister, and now secretary of state for environment, as he accepted a WDC petition signed by 75,000 of our supporters. Our petition called for strong UK laws after Brexit to stop dolphins, porpoises and whales dying in fishing nets and gear. More than a thousand die as what’s known as ‘bycatch’ in UK seas every year. Mr Eustice promised: ‘I want us to be a global leader, inspiring others to protect cetaceans’ (the collective term for dolphins, porpoises and whales).

Three years later, how far have we come? As a result of our campaign in 2017, the UK government set up what it called the ‘UK Bycatch Focus Group’ and stakeholders including WDC and representatives of fishing industries and government have met a number of times since. But progress has been slower than we would like, and we are still waiting to see the plan of action for stopping these dolphin and whale deaths.

The government’s fisheries science experts (The Centre for Environment, Fisheries and Aquaculture Science, or Cefas) have set up a dolphin bycatch trial involving six inshore fishing vessels in the southwest of England. It’s a start, but alternative fishing gears that could help reduce bycatch were excluded from the trial, and scientists disagree about the approach taken. We have much, much more work to do in this region and in other places and other fisheries around the UK. Bycatch is unnecessary, fishers don’t want it to happen and we can tackle it, so we need to pick up the pace.

In recent months, the stakeholder group has been expanded from a focus on whales and dolphins to include all ‘sensitive species’ and will now include seabirds, seals and sharks, skates and rays. A joined-up approach makes sense, as we want to eliminate bycatch for all protected species, and not for one at the expense of another. However, we are concerned that this might slow our already glacial progress even further.

More generally, a Fisheries Act has just received royal assent. When the Act first came to Parliament as a bill in October 2018, there was no mention of eliminating whale and dolphin bycatch. Then there was a UK election, all draft legislation fell and the bill returned in 2019 with a number of objectives relating to fishing, including a requirement that ‘incidental catches of sensitive species are minimised and, where possible, eliminated’. We were delighted. This was a very welcome result, following much lobbying by WDC and our supporters and shows us what we can achieve when we fight together.

Fishing and bycatch are devolved issues and so each country within the UK sets its own policy. Defra (Department of Environment, Food and Rural Affairs) are also currently undertaking a call for evidence about Remote Electronic Monitoring in English waters. Electronic monitoring, using video cameras onboard fishing vessels, is a useful way to see what is caught in fishing gear and it can provide us with accurate data on how many dolphins and other species are being killed. Increased monitoring is an essential part of understanding the true scale of bycatch in UK waters, by UK and non-UK fishing fleets.

The Scottish government recently released an analysis of stakeholder responses on their ‘Future of Sea Fisheries Management in Scotland’. They recorded our ambition to eliminate bycatch.

We will continue to involve ourselves in these policy discussions and consultations. But what we really need to see is much more action to prevent bycatch on the water. We need the focus of UK and devolved governments to expand from discussions around tables to include wide-scale implementation of creative bycatch solutions that will save thousands of lives.

Look out for our major new campaign coming in the new year. You’ll hear more from us then on how you can push the UK and devolved governments for less talk and more action.

Sarah Dolman is Policy Manager at Whale and Dolphin Conservation. 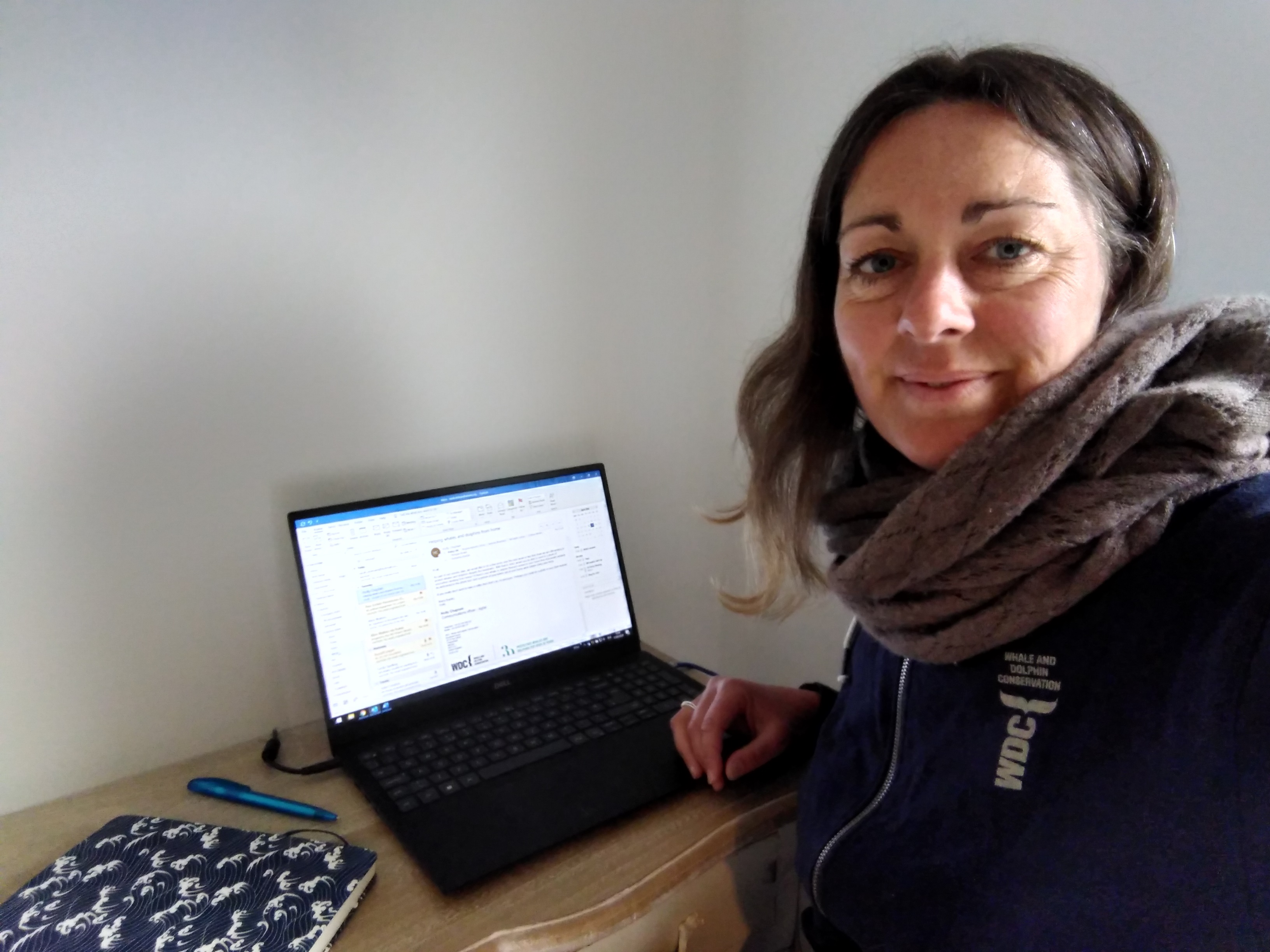 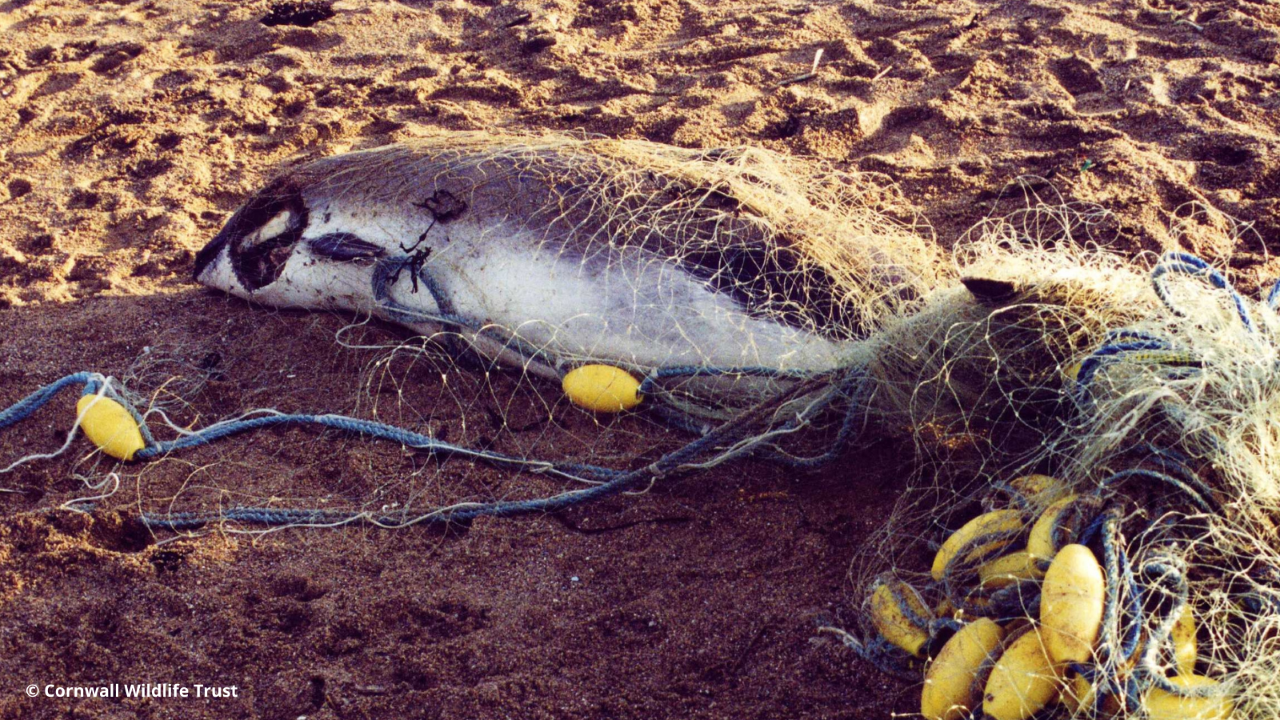