Recognising and rewarding the people protecting our National Parks

Laura Williams at Campaign for National Parks shares the results of the annual Park Protector Awards and reflects on what a challenging 2020 has meant for our national parks and the people protecting them.

This week marks a year since the start of the first lockdown in the UK. Despite several lockdowns, it’s been an incredibly busy year for our National Parks – which have helped us through some of our most difficult times. Most National Parks in England and Wales saw a huge increase in visitors in 2020 – including many first-time visitors.

Teams from National Park Authorities, Societies, charities and other organisations worked hard to, not only, protect the Parks but engage with these new visitors in line with ever-changing government guidelines.

What started out as a website with live car park tracking and clear messaging grew into a huge partnership working approach. This brought together staff, an army of volunteers, landowners including National Trust, emergency services, the tourist board and others and became what Tony Watson, Head of Visitor Services & Communications, dubs ‘the neighbourhood watch scheme for the National Park’.

While other nature spots were overwhelmed with problems such as litter, fires and wild camping, Safer Lakes ensured the team caring for the Lake District could respond quickly and efficiently to avert any major crisis and reduce harm to the environment, nature and wildlife.

‘The scale of the multi-agency working is unprecedented for a rural landscape,’ said Kerry Powell, Director of Communications for Lake District National Park in nominating Safer Lakes, ‘What started as a community response, will become a permanent way of working for the future. Together we are stronger and our landscape is Safer – and that’s what Safer Lakes is all about.’

The unified response was mirrored across the country, as demonstrated in the quality of nominations for the Park Protector Awards and shown by the winner of the People’s Choice Volunteer of the Year vote – Rod Gentry. Rod usually works as a volunteer warden with Forestry England in South Downs National Park, patrolling the forest to address issues on the ground. As lockdown started, he combined these offline efforts with huge online efforts – managing the Friends of Friston Forest Facebook group.

“In managing the Facebook page, Rod has fostered a sense of community among its diverse user groups. The horse riders, the dog walkers, the runners, the cyclists all find a place they can be visible and have a voice and through Rod carefully mediating the chat to keep it local and relevant, people find a common ground - a shared respect for the forest and wider National Park and a desire to look after it.’

Despite the challenges of lockdown and severe weather, the Moors for the Future Partnership managed to continue with its important peatland restoration work in Peak District National Park, which secured it a £500 runner-up prize.

On the edge of Dartmoor National Park, Be Wild Buckfastleigh helped connect local families with the nature and wildlife by delivering hundreds of activity packs via foodbanks, socially-distanced wildlife walks and bird-box building workshops for older people. It is these volunteer-led efforts which saw it receive a runner-up prize too.

The awards received nominations from 12 out of the 13 National Parks in England and Wales with an impressive range of work covered – from communications and engagement to fundraising, conservation and health and wellbeing initiatives. The judging panel had a tough time narrowing it down, but was unanimous in its decision on the winner. (The volunteer vote was left to the general public!).

Chief Executive of Campaign for National Parks Anita Konrad, who was one of the judges along with BBC Countryfile Magazine Editor Fergus Collins, RSPB Cymru Director Katie-Jo Luxton and RHCT’s Stephen Ross, said: ‘We were absolutely blown away by the quality of nominations this year. We knew when we launched the awards that staff and volunteers in our National Parks had gone above and beyond this past year. Reading through the applications, it really hit home just how amazing – and successful – these efforts have been, and in many cases continue to be.’

Anita added: 'National Parks have a key role to play in our recovery from this pandemic - not just in giving us the space and means to connect with nature, but in helping meet the government's targets around nature recovery. There has been some incredible innovation over the past year and, with more support, the Parks can be enabled to innovate further.'

Laura Williams is Campaigns and Communications Manager at Campaign for National Parks.

Image credit to the Safer Lakes team at LDNPA. 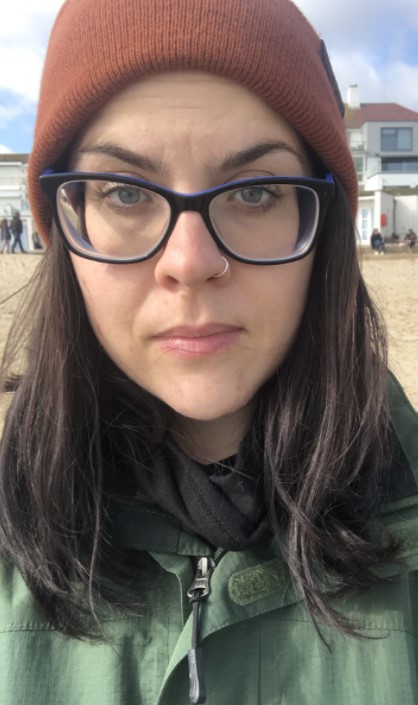