Taking our future into our own hands

Youth activist Mya-Rose Craig, AKA Birdgirl, explains why she' joined the Global Climate Strike on 20 September and why it is so important that we don't take no for an answer.

The global climate strikes have created a pivotal cry for our world and our future. The momentum is gathering. We are shouting and people are starting to listen.

My generation is more aware of climate breakdown and the impact it will have than any generation before us and so, as a whole, we are trying to show how important the climate crisis is. It seems outrageous to us that the people deciding how to deal with climate breakdown, like Trump and Bolsenaro, will not be alive to face the consequences that are surely going to define our lives and those of our children and grandchildren.

The reason we are protesting and taking part in the Youth Strikes for Climate boil down to the fact that our government and policymakers have not taken sufficient action to combat climate breakdown, and, like most governments around the world, are almost completely ignoring it as it does not fit in with their own agendas. The world is dominated by those making money from plundering it and the the politicians who are benefiting from their donations and lobbying. Many of us have become disenfranchised with the system.

I have never seen anything like the strikes, which are energising so many people my age around the world. It has given us hope and – more importantly – motivation to act. The strikes are important because now we are able to take our future into our own hands; it feels like we could finally trigger change by using social media to organise ourselves and gaining a global presence.

On Friday 20th September we asked everyone to join with us in an international strike, demanding governments around the world to take action to stop climate break-down as it is almost too late. There are very few large impact protests like this that focus on the needs and desires of young people, giving us a voice. I think that it is essential for teenagers to take part; it is incredibly easy to feel that we are not being listened to and so, there is no point in shouting when no one is listening.

I have been involved with the UK organisers and have been relentlessly speaking to people my age; asking my friends who are striking why the responses ranged from “I don’t want to die before I’m fifty” to “I want to be a part of something important” to “Decisions are being made without us. It has to change.”

Although some schools have not been happy about striking, mine has been very good. When I first asked my head of the sixth form about the consequences of striking, he only responded by saying “I can’t endorse it” with a smile. Schools should be supporting pupils to strike as the benefits of engaging them in politics and protest far outweighs the lessons missed.

I run nature camps for inner city Visible Minority Ethnic teenagers and all to them about environmental issues. Often they tell me that their schools have banned them from attending Youth Strikes. I also suggest, unless they have big exams looming, to strike anyway. The Bristol Youth Strikes are very ethnically diverse which is brilliant. It means that we are engaging everyone in the protest.

Another reason that I care so deeply about climate breakdown is the impact it will have on people in poor countries who have not contributed to its cause and can do nothing to stop it; sixteen of the twenty countries most at risk from climate breakdown are in the developing world.

On Friday my home city, Bristol, had an amazing turnout of 10,000 for the protest. This was the third-highest in the country. It is vital the country gets behind our young people and their demands for action on climate change, as they did on Friday, to show that we will not take no for an answer.

Mya-Rose Craig, 'AKA Birdgirl', is an outstanding youth and VME environment ambassador 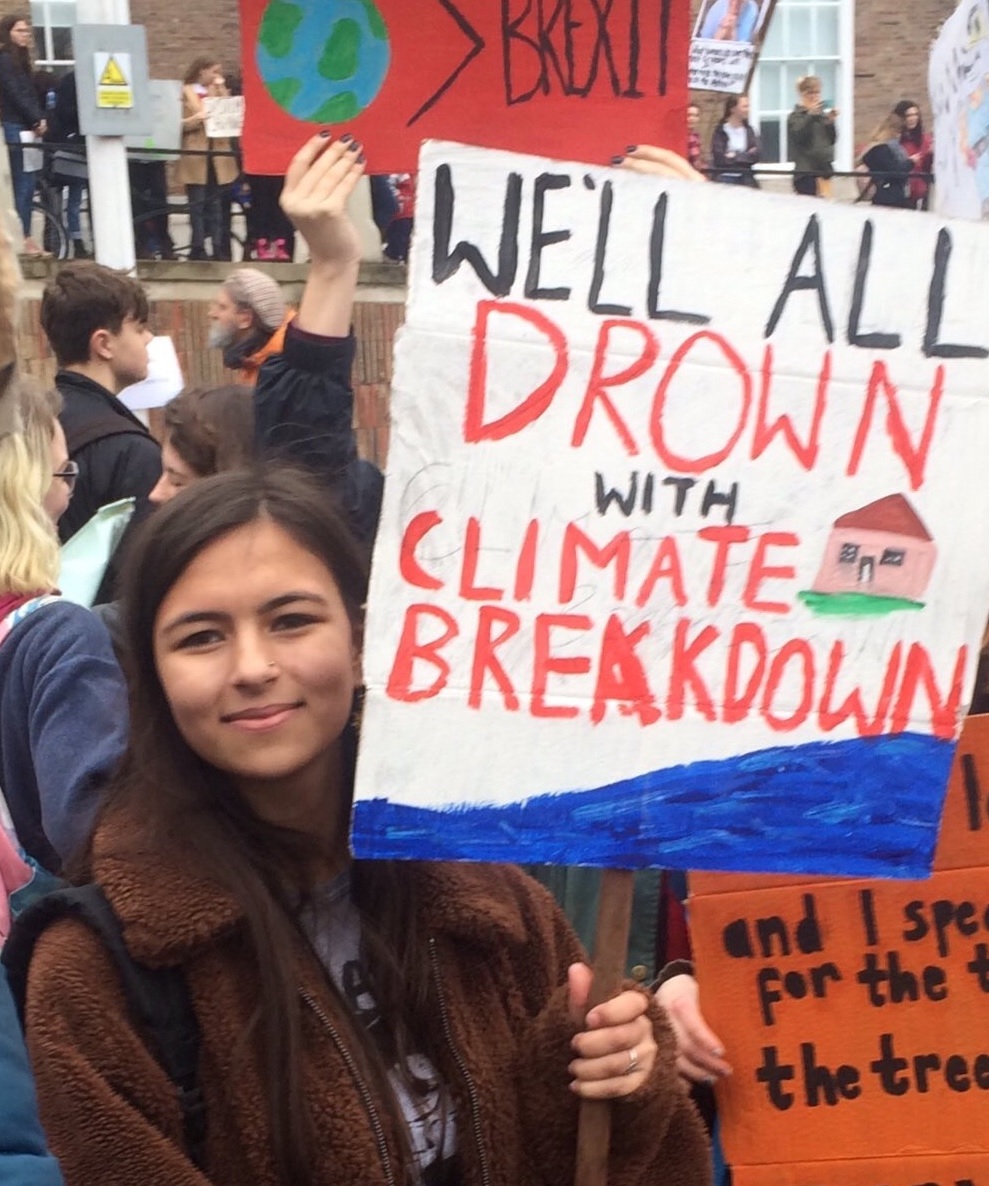