With underfunding, rising visitor pressure, and extreme weather creating a ‘perfect storm’ of problems for our National Parks, this National Walking Month Carey Davies from the British Mountaineering Council explores how we fix a problem like mending our mountains.

How do we mend our mountains?

Cast your mind back to Storm Desmond, which swept across northern Europe in 2016, causing huge damage in Britain and Ireland. Cumbria was particularly badly hit, with thousands of homes flooded.

But as well as the damage to homes, roads and infrastructure, the Lake District’s network of hill and mountain paths – crucial for habitat management, erosion prevention and the quality of people’s recreational experience – sustained around half a million pounds worth of damage. That’s about a year’s worth of ‘normal’ wear and tear on paths overnight.

The acute damage of the storms, coupled with huge budget cuts of around 40% for national parks since 2010, and rising visitor numbers, seemed to create a ‘perfect storm’. Britain’s mountain path network was facing a crisis, and it was clear the British Mountaineering Council needed to help. That’s when the Mend Our Mountains Campaign was born.

Mend Our Mountains – the first campaign

Footpath erosion can seriously damage the surrounding environment, with some erosion scars reaching 30 metres or more – as wide as the M1. This can endanger rare vegetation, disturb habitats, expose carbon-capturing peat and create run-off which adversely affects local waterways.

We created Mend Our Mountains to build on our existing path repair work - delivering a strong campaigning identity to rally walkers, climbers and other outdoor users behind a common cause, raise funds, and draw wider attention to the looming crisis.

The first Mend Our Mountains campaign raised £104,000 in two months through crowdfunding, for projects in eight national parks – including repairs on Scafell Pike and Snowdon, the highest mountains of England and Wales respectively.

Mend Our Mountains: Make One Million

After that first success, we decided to go bigger – about ten times bigger, to be exact.

Mend our Mountains: Make One Million used a range of fundraising methods; was year-long; covered the whole UK; involved all 15 UK National Parks; collaborated with a wide-range of partner organisations; and had a target of £1 million to fund a much broader range of repairs across all our National Parks.
Since the launch we’ve raised almost £700,000, with spectacular events, magnificent individual efforts and big pledges of support. We lit up the Great Ridge in the Peak District at night; ran another crowdfunding push raising £120,000; secured big pledges of support from the likes of the Oglesby Charitable Trust and the European Outdoor Conservation Association; secured headline sponsorship from Cotswold Outdoor and Snow+Rock; and supporters and activists took to the hills in ambitious fundraising challenges. Mend Our Mountains was even used to inspire a garden at the Hampton Court Flower Show!

There are still ‘loose ends’ from some of our fundraising, so the final amount raised won’t be known for at least another month. But we have already raised enough to do serious and substantial work across the National Park network. Work has already been completed on Whernside in the Yorkshire Dales and got started the South Downs Way, and other projects will run over the summer.

We’re thrilled with the success of Mend Our Mountains so far – we have enabled fantastic work to protect and repair some of the most heavily-pressurised walks in Britain. But ultimately, these are short-term ‘sticking plasters’. The wider challenges haven’t gone away.

No amount of ‘reactive’ fundraising will fix the long term problems of underfunding, rising visitor pressure, and extreme weather. To tackle these requires systematic solutions, ranging from the support and funding provided by government to the techniques and tactics used on the ground; from the involvement of the outdoor industry to the behaviour and attitudes of the individual user.

The next phase of Mend Our Mountains is still a work in progress, but it is clear that addressing these ‘bigger picture’ issues is vital for the future of places we care about. Watch this space. 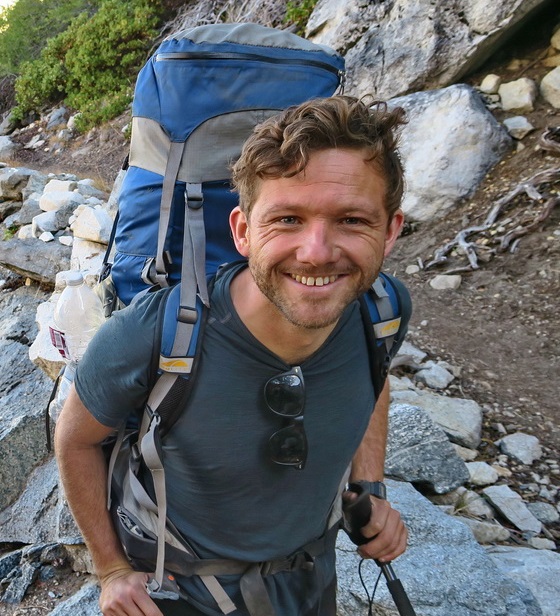