It's time to make our National Parks wilder

For the launch of Rewilding Britain's campaign for Wilder National Parks today, Guy Shrubsole explains what's needed for our national parks to be wilder so that they can lead the way in turning the page on nature-depleted Britain.

Britain’s national parks – the first of which turned 70 this year – contain some of our most cherished landscapes. Yet national parks are clearly not delivering what they should for nature and biodiversity.

Despite some superb conservation initiatives, our national parks are nature-depleted and ecological shadows of what they could be. Three-quarters of nature reserves within England’s national parks are in poor condition; there’s less woodland cover in the Yorkshire Dales National Park than there is in London; and large swathes of our national parks are dominated by forestry plantations and intensively-managed grouse moors.

That’s why Rewilding Britain has today launched a campaign for Wilder National Parks. We’re calling on the UK Government and devolved administrations to make Britain’s national parks wilder – including 10% core rewilding areas – so that these precious places can lead the way in turning the page on nature-depleted Britain.

It’s clear that the Prime Minister’s pledge to protect 30% of Britain’s land for nature by 2030 isn’t credible without wilder national parks. It’s no good claiming that “Existing National Parks, Areas of Outstanding Natural Beauty and other protected areas already comprise approximately 26% of land in England”, and therefore automatically count towards the target, as the Government’s press release stated. As Wildlife & Countryside Link’s position paper on 30x30 points out, “Success will require… adaptation of existing landscape designations such as National Parks … to ensure that they play a more meaningful role in nature’s recovery.”

Meanwhile, a UK Government response to the independent Glover Review on designated landscapes in England is long overdue. The Review recommended creating ‘wilder areas’ in national parks, as well as modernising and strengthening the powers of National Park Authorities (NPAs) to be able to deliver nature recovery.

We agree – we’d like to see 10% core rewilding areas set up in all of Britain’s national parks, where natural processes would be restored on a large scale, and nature given the chance to recover and thrive. We’d also want to see a further 50% of the parks become nature recovery areas, with a mix of habitats, wildlife corridors and land uses, and government financial support for nature-friendly agriculture.

And we’ve done some further thinking about how doing this would be easily achievable. By mapping national park land ownership, we’ve found that public bodies (like the MOD, forestry bodies and NPAs) and water firms (who are ‘statutory undertakers’ for the purposes of national parks legislation) own 738,000 acres or 13% of the total 5.7m acres covered by Britain’s 15 national parks. This means it’s in governments’ gift to create core rewilding areas across 10% of the parks, regardless of action by private landowners.

By making a few changes to legislation – in ways already recommended for England by the Glover Review – UK and devolved governments could effectively mandate public bodies and water companies to deliver these rewilding areas, through the next set of NPA Management Plans. For more information on how this could work, have a read of our new policy briefing.

Of course, many private and third sector landowners and farmers are already doing fantastic work pioneering rewilding and nature recovery in our national parks. My colleague Sara King and I have written a blog here about some of the brilliant rewilding projects taking place from the Peak District and the Lakes to the Cairngorms.

And it’s been hugely encouraging to see some NPAs already starting to make their own suggestions for what wilder national parks could look like. Exmoor NPA, for example, voted through a ‘vision for nature recovery’ in November 2020 in which it proposed to “Create 7,000 ha of ‘nature recovery opportunity areas’ where nature and natural processes are allowed to take their course. In these wilder areas land will be allowed to recover, healthy soils and clean water will be restored, and wildlife will recolonise (10% of the National Park).” And just the other week, the Lake District NPA published its new draft Management Plan for consultation, proposing that “Core areas of nature recovery will cover a minimum of 10% of the National Park by 2025, where natural processes are being restored at scale and nature can recover and thrive.”

But we won’t get wilder national parks across the board unless ministers mandate it and give more powers and funding to NPAs to make it happen.

So we’ve kicked off our campaign with a petition calling on the Prime Minister and the First Ministers of Scotland and Wales to mandate wilder national parks – please sign and share if you agree. For more information on the campaign as it progresses, check out our campaign webpage.

At this weekend’s G7 summit, world leaders are expected to reaffirm their commitment to protecting 30% of land and sea. That’s a great step forward – but the next step has to include making our existing ‘protected areas’, like national parks, deliver for nature. Prime Minister: it’s time to make our national parks wilder.

Guy Shrubsole is Policy and Campaigns Coordinator at Rewilding Britain. 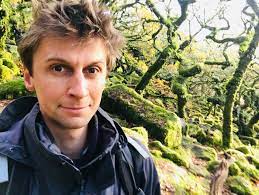