Invasive species pose serious threats to our native plants and wildlife. To kick off Plant Health Week, Dr Matt Elliott of the Woodland Trust explains how we need to do biosecurity better to combat this intensifying issue.

The cultural, economic and environmental importance of trees is now widely acknowledged. They improve biodiversity, reduce air pollution, intercept rainfall, provide shade and reduce heat absorption by man-made surfaces. The cultural benefits provided by trees are significant, offering both physical and mental health benefits. Trees also play a central role in the mitigation of climate change because carbon sequestration is one of the most significant ecosystem services they provide.

Unfortunately this irreplaceable resource is under threat from a variety of introduced invasive non-native species (INNS). These invaders can be plants, animals, invertebrates and a myriad of microorganisms such as bacteria, fungi and viruses and they have the capacity to cause extensive long term damage to important natural habitats.

As far as tree and woodlands are concerned, there has been a marked increase in the incidence of the introduction of serious pests, diseases and invasive plant species over the last 30 years. During this same period there has been a significant increase in the value of imports of trees and outdoor plants with £44 million of imports in 1992 and £179 million by 2019. That’s a 300% increase. It has therefore become increasingly clear that increased reliance on imported plants (and the compost they are in) represents a very high biosecurity risk.

It is the government’s responsibility to guard the country from unwanted organisms through their biosecurity activities. Unfortunately biosecurity has not been a priority in the past with the government consistently missing its legal targets. For example, Goal B, Target 9 of the Aichi Agreement signed in 2010 states that “by 2020, invasive alien species and pathways are identified and prioritized, priority species are controlled or eradicated, and measures are in place to manage pathways to prevent their introduction and establishment”. It is now 2020 and, although Defra published its 'comprehensive pathway analysis' last year, real-world action to address the highest risk pathways is still lacking.

As the UK leaves the EU it has an opportunity to design its own biosecurity system. This task is made somewhat more complicated because the government has developed four separate biosecurity regimes over many decades: animal health, plant health, aquatic animal health (fish health) and bee health. Legislation for some of the more invasive animal and plant species such as Japanese knotweed, Himalayan balsam, floating pennywort, muntjac deer and signal crayfish is much newer and is yet to have an impact. These different regimes lead to disjointed management which tends to be very patchy and ineffective.

The UK has a once in a generation opportunity to examine whether this is the best approach to biosecurity. The government has signalled an intention to have a “world class biosecurity regime” so it should take examples from countries such as New Zealand where they have significant public buy-in to one biosecurity regime aimed at keeping out “all unwanted organisms”. In addition, they only let species into the country that are proven to be safe as opposed to letting everything in and only acting when an issue is detected. A similar approach in the UK would greatly reduce the introduction of new species and also make coordination of management action of the species we already have much more effective.

We all have a part to play in this because we all buy plants of one sort or another. It is increasingly important that we become much more aware of where these plants come from and only select plants that are non-invasive and that are preferably grown within the UK. This is the best way to ensure that our plant buying activities are not contributing to biodiversity loss. 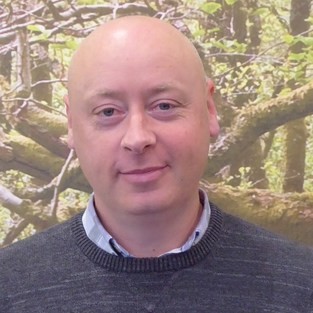