How can citizen science support Blueprint for Water?

Isabel Bishop, Freshwater Research Lead at Earthwatch Europe, discusses the importance of citizen science not only for collecting data, but for raising awareness of and engagement with our blue spaces.

It’s been a busy few weeks for those of us working in the water sector. The Blueprint for Water Vision was released on 14th September and highlighted the importance of increasing biodiversity, reducing pollution, and changing our relationship with water. This was followed hot-on-the-heels by RSPB’s ‘Troubled Waters’ report, which highlighted how much the public truly value our blue spaces. Ten days later, the Rivers Trust’s ‘State of Our Rivers’ report provides public access to information about the health of their local waterway.

There is one simple message coming through loud and clear:

Our waters are in trouble and they need everyone’s help.

This weekend, my colleagues at eNGO Earthwatch Europe will be running our 12th Thames WaterBlitz event. Hundreds of ‘citizen scientists’ across the southeast will be taking measurements of water quality using our tried-and-tested FreshWater Watch method. Citizen science projects like this enable the mass collection of data by ordinary members of the public, to drive action, locally and at scale. They offer an engaging and accessible way for the public to get involved, make their voices heard, and drive change in their local area.

Over the past 18 months I have noticed a huge increase in the number of people wanting to get involved with citizen science. The public are using our waterbodies more than ever, for open water swimming, stand-up paddleboarding, rowing, fishing, dog walking. As they do this, they are becoming more and more aware of the importance of the benefits of ‘blue space’ to our emotional wellbeing. At the same time, stories of pollution are becoming more and more common in the press. Last year, for example, the Guardian reported that water companies in England had discharged untreated sewage into rivers more that 200,000 times the previous year. In his ‘Rivercide’ documentary, George Monbiot put out the message that researchers and government bodies don’t have the numbers or resources to collect this data themselves. In-the-know members of the public are clamouring to get out there and collect data so that we can understand what condition our rivers are in and where and why pollution hotspots are occurring.

Every time somebody new contacts me wanting to collect data using FreshWater Watch, the ‘Troubled Waters’ findings jump into the front of my mind. 43% of people surveyed believe that the UK’s freshwater systems are in good condition. This means that for every one in-the-know member of the public who contacts me there is at least one more who has no idea of the huge problems our waters face. Clearly we need to do more to raise awareness. The time is ripe to scale citizen science, to connect more people to water, and to give people access to the data and information they need to help.

But why citizen science specifically? For me, citizen science doesn’t only achieve goals related to data collection and/or public engagement. It goes much further. I like to think of citizen science as a means for professional researchers, policymakers and the general public to communicate quantitatively and objectively about things that matter. In many places citizen scientists are the only people collecting data about the waterbodies they study. They often possess a vast amount of relevant local knowledge to supplement this data. Those of us who truly collaborate with citizen scientists have a much more granular understanding of the quality of our local freshwater environment than we would if we relied on professional scientists alone. When this evidence leads us to hold polluters to account or to identify solutions, our calls to action are amplified through the voices of the informed public.

By 2030, we at Earthwatch aim to help 100,000 people to safeguard 10,000 water bodies across Europe and Africa using FreshWater Watch. Citizen science is still in its infancy, but if we invest in it now we could find that it is our greatest tool to make change happen. 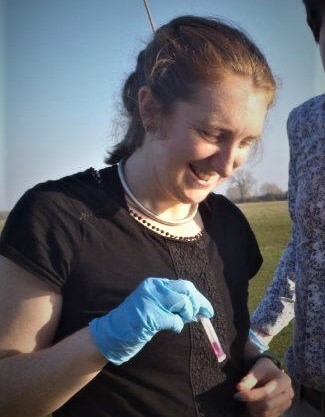