The science, cross-party peers and the Minister agree: heather burning is bad for peat

Adam Barnett, Senior Parliamentary Officer at RSPB, reviews the debate in the House of Lords on the Heather and Grass etc. Burning (England) Regulations 2021.

‘There is now an established scientific consensus that burning of vegetation on blanket bog can be damaging to peatland formation and habitat condition, making it difficult or, in some cases, impossible to restore these habitats to their natural state.'

Not a line from an RSPB briefing, but rather a snippet from Minister Goldsmith’s speech on Thursday, during the debate in the House of Lords on the Motion of Regret for the ‘Heather and Grass etc Burning (England) Regulations 2021’ – commonly referred to as the Peatland Burning SI.

A Motion of Regret is an infrequently used Parliamentary procedure through which a member of the House of Lords (in this case, Baroness Jones of Whitchurch, Labour’s EFRA Spokesperson) expresses ‘regret’ that an SI is deficient in some form. The deficiency here is that the SI does not go far enough in including more of England’s deep peat in a licensing regime for burning (we estimate that only 32% is covered), that the exemptions for granting licenses are particularly vague, and that the SI itself, as a piece of legislation, has been badly drafted. As a result the SI won’t significantly reduce the amount of burning that occurs, and so will likely fail at its original purpose. Given that the SI was tabled by the negative procedure, it automatically became law on the day the Minister signed it, and passes through Parliament without debate after 40 sitting days. Motions of Regret, even when passed (after a vote by all Peers), unfortunately don’t stop or amend the SI – but they do send a strong, albeit non-binding, message to the Government that they need to reconsider the legislation. The tabling of this Motion of Regret was therefore an ideal opportunity to get our many concerns with the SI on the record.

Lord Goldsmith’s affirmation of the scientific consensus on the damaging impacts on burning is a big win for the eNGO sector - and for blanket bog!

Despite the Motion not passing, the Ministers’ statements and the strong cross-party support for the motion (252 Peers voted for, with 274 voting against) is a vindication of the campaigning that the RSPB, Link and many others have undertaken over the past 10 years to stamp out this practice. Banning burning has to be the crucial first step along the journey to restoring and re-wetting our upland peat, so that these landscapes can genuinely contribute to tackling the nature and climate emergencies, as well as provide valuable co-benefits such as wildfire prevention, flood alleviation and improved water quality. It is shocking that out of England’s 355,00 hectares of upland peat, only 4% is currently classed as being in good ecological condition. Natural England estimates that 260,000 tonnes of carbon are released from burning on England’s peatland every year, and as Baroness Meacher said in her speech, to achieve a global net zero target, the world will have to stop all of its current annual 51 billion tonnes of carbon emissions. If we can’t tackle such low hanging fruit like emissions from degrading peatland, then achieving net zero seems like an entirely impossible task.

Lord Goldsmith was also keen to stress that ‘there is a risk that burning heather to reduce wildfire risk could itself dry the land and exacerbate the risk’, with wildfire management being an issue mentioned in quite a few of the speeches. As burning is only done to regrow heather, it traps the land manager into an ever-smaller cycle of the fuel load growing back quicker and thicker, and then needing to be burnt again. The presence of this fuel load is what creates the associated wildfire risk. The only genuine, long-term way of preventing wildfires is to return these landscapes to their natural ‘boggy’ state. Wet bogs clearly don’t set on fire.

Despite protestations that the science is still undecided – a common argument used to prevent environmental progress in many areas of policy – the science, as recognised by Lord Goldsmith, overwhelmingly points to burning being bad for peatland; and to re-wetting as being the best form peatland restoration. In January 2020 the Committee on Climate Change concluded that burning is ‘highly damaging to the peat…so the practice should be banned across the UK’. In November 2020 Natural England concluded that ‘the body of evidence [shows] that burning on blanket bog is damaging to peatland across a range of environmental outcomes and ecosystem services’. In response to new evidence submitted by the Uplands Partnership both Minister Pow (November 2020) and Minister Goldsmith (October 2020) concluded that Defra’s opinion had not changed on the fact that burning damages blanket bog. Even the press release in January 2021 to announce the SI included a quote from Secretary of State George Eustice stating that ‘the burning of heather on these sites makes it more difficult to restore their natural hydrology’.

There were a few other interesting pro-burning arguments raised during the debate: that England’s uplands are already teeming with wildlife and more biodiverse than ever. Alas that is not the case – the 2016 State of Nature Report (co-authored by 53 charities, research organisations and recording schemes) found that 55% of upland species have declined, with 15% threatened with extinction, and an average decline in species abundance of 17%. Others argued for burning and related land management practices by pointing to the success of Hen Harrier populations on grouse moors – unfortunately in 2019 Natural England found that Hen Harriers were 10 times more likely to die or disappear on grouse moors than elsewhere. And another was that we really should be focusing on lowland peat emissions instead, which is undeniably where the majority of England’s peat-based emissions come from. They will be glad to know that the RSPB is represented on both the National Lowland Peak Taskforce, and all 4 of the Regional Taskforces – the only NGO to do so – and we have been actively engaging on the issue for years.

Regardless of whether the Motion had passed, the ultimate test of the SI has always been whether it actually results in a reduction of the amount of burning that occurs. Going forwards we will therefore be keen to press the Government to address the following:

• Publish detailed guidance ASAP, with sufficiently stringent requirements for granting any licenses to burn, and to extend the licensing system to cover all upland peat.
• That the licensing application system is transparent and decisions are based on scientific evidence.
• That the SI will be subject to a post-implementation review, with clear timelines for when and how this will occur.
• That accurate mapping is published which will show which upland peat will and won’t be covered by licensing.
• That the system of ‘notices’ served for unlawful burning, has attached to it sufficient penalties and repercussions.

Ultimately, allowing the practice of burning of peatland to continue is a question of hypocrisy: of us not having the ability to demonstrate genuine global leadership on the nature and climate emergencies as we move towards hosting COP26 and attending the Convention on Biological Diversity (CBD) COP15 - and not being able to bring other countries along with us. As Lords Krebs said in his speech, we can’t be critical of Brazil’s burning of the Amazon whilst we are doing something similar to our most precious habitats at home. If we continue to burn during COP26 it’ll be a ‘get out of jail free’ card for other countries to continue environmentally disastrous practices whilst arguing for their own ‘world leadership’ at the international negotiations. 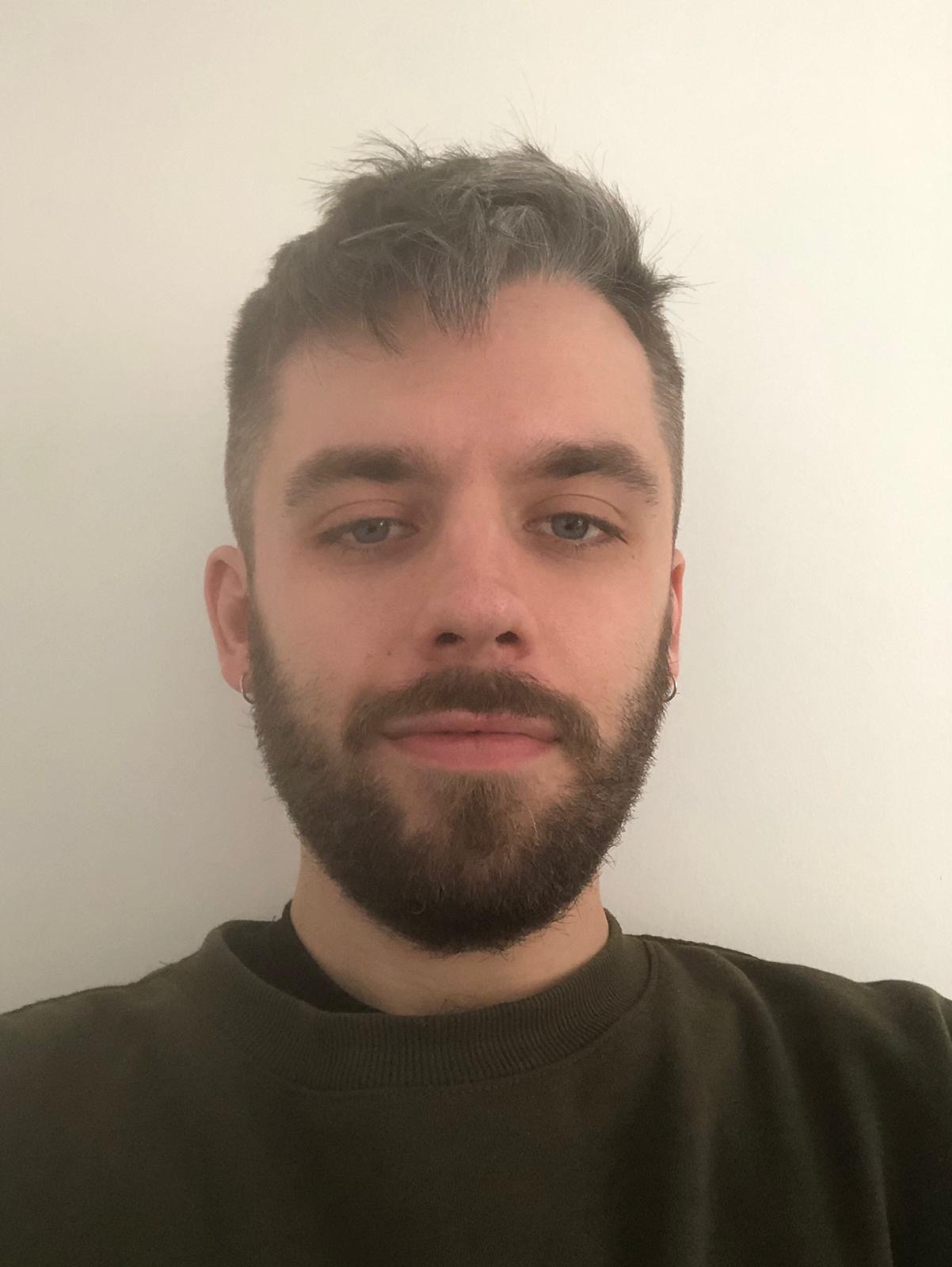