A whale too far for Icelandic whaling

There was global outcry this month when news broke that a supposed fin whale killed by Icelandic whaling company Hvalur hf may in fact be a blue or blue/fin whale hybrid.

Marine scientists and experts carefully pored over photographs of the dead animal and commented on its colour, size and markings, to determine its origin.

The debacle focussed attention on the practice of commercial whaling in Iceland that IFAW and other members of the Link Whales Group have been working for many years to end. Despite genetic testing by Iceland’s Marine and Freshwater Research Institute proving that the now famous ‘Whale 22’ was not a blue whale but a blue/fin whale hybrid, this is no less serious an issue. After all, this whale’s death by harpoon was no less violent and inhumane because it was the offspring of a blue whale mother and a fin whale father; its killing was just as unnecessary, and with hybrid whales being extremely rare, it is a loss to science too, now this whale has been butchered into meat and other products.

Blue whales have been protected from hunting under international law since 1966 after populations were decimated by commercial whaling. It is also illegal to trade in blue whale products. This includes products from hybrid animals. Iceland is the only country in the world that refuses to be bound by these global rules not to trade in blue whale products. While the fin whales normally hunted by Hvalur hf and it’s owner, Kristjan Loftsson, are destined for Japan’s markets (the tiny amount of domestic whale meat consumption in Iceland is minke whale), Japan cannot legally import anything containing blue whale or hybrid blue whale products.

In the immediate aftermath of the killing, IFAW and other groups called on Mr Loftsson to end his whaling operations immediately but his whaling vessels Hvalur 8 and Hvalur 9 have continued the hunt unabated and so far dragged another 24 harpooned fin whales back to port; 46 whales in total so far this season.

If so, this would potentially mean none of that meat could be traded with Japan and the cruel deaths of so many whales becomes even more pointless.

Furthermore, the recent hybrid killing has undoubtedly demonstrated the inherent difficulties of managing commercial whaling. Whether the killing of hybrids is a result of whalers being unable to clearly identify an animal whilst at sea, or that they could and killed it anyway, the result is that a rare and protected species has suffered as collateral damage in this increasingly unpopular hunt.

For those of us who have worked for so long with the whale watching community and others in Iceland who wish to see whales protected and valued rather than for their meat, we strongly hope that this latest debacle will make this the last season of fin whaling in Iceland. Responsible whale watching, not whale killing, is the way forward.

Sigursteinn Masson is IFAW's Representative in Iceland where he has worked since 2003. 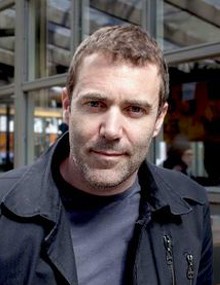