Turning the tide on single-use plastic pollution in London

The #OneLess campaign has been leading the charge against ocean plastic pollution, cultivating a fundamental change in the way Londoners drink water - from single-use plastic water bottles, to reusing and refilling. Shauna Jordan from the #OneLess campaign calls for the next Mayor of London to lead the way on ocean health by solving the city's single-use plastic water bottle problem.

‘A More Natural Capital - An agenda for the Mayor of London’ speaks to a critical inseparability between the climate and nature emergencies. It also calls on London to step up to the plate and take a leading role in tackling these global crises. Four priority areas are identified within the agenda needing urgent action from London’s future Mayor, the first being the reduction of pollution and waste in our city.

A healthy ocean makes life on earth possible, protecting us from the worst impacts of the climate crisis, and providing half of the oxygen we breathe. However, ocean plastic pollution continues to rise, undermining the health of our ocean in the face of the climate crisis. A recent report predicted that the annual flow of single-use plastic into our ocean will triple by 2040 unless urgent action is taken. While this is a global issue, innovation and creative solutions are needed at a city level - starting with London.

Almost eight billion single-use plastic bottles are bought in the UK every year, with Londoners purchasing 175 plastic water bottles on average per person annually. In recent years, London has made progress in promoting a culture of reusing and refilling, but there is still much more work to be done. Ridding London of single-use plastic water bottles would be one of the simplest and most effective things that we could do to boost our ocean’s immune system and safeguard its health for future generations.

The #OneLess campaign, together with 40 organisations working to turn the tide on marine plastic pollution, are calling on mayoral candidates to seize the London elections as an opportunity to make bigger and bolder commitments to eliminate single-use plastic water bottles in the capital. Organisations, institutions and businesses including Selfridges, Tate, King’s College London, Surfers Against Sewage and Keep Britain Tidy, have signed a joint statement, urging the future Mayor of London to take critical action to tackle the scourge of single-use plastic water bottles across the city and specifically to:

Supporting London’s shift to a city where refilling and reusing is the norm and unnecessary single-use plastic water bottles are a thing of the past, would be an important and achievable act of ocean protection that the future Mayor of London could take. To echo ‘A More Natural Capital’, the climate and nature emergencies cannot be tackled separately; therefore safeguarding our ocean’s health for generations to come will be imperative in the face of the climate crisis.

By committing to the ambitious targets the #OneLess campaign and statement supporters have outlined, London’s future Mayor can demonstrate a commitment not only to ocean health and climate action, but also to social justice and the wellbeing of their constituents and future generations.

The #OneLess joint statement was shared with mayoral candidates in mid-March, but there is still a chance for organisations who have not yet signed on to the statement to get involved.

Join #OneLess in calling on the future Mayor to protect our ocean from plastic pollution by sending your logo to oneless@zsl.org for inclusion on the joint statement. Thanks to all our partners who have supported our campaign so far.

Shauna Jordan is Project Manager of the #OneLess campaign at the Zoological Society of London (ZSL).

The #OneLess campaign has been leading the charge against ocean plastic pollution since 2016, cultivating a fundamental change in the way Londoners drink water – from single-use plastic water bottles, to reusing and refilling. Our vision is to transform London into a place where single-use bottled water is a thing of the past and where plastic waste is drastically reduced for the sake of the ocean. Find out more at https://www.onelessbottle.org/ 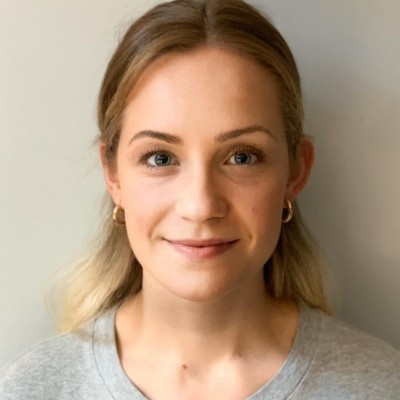