This blog is the sixth in a series about the 'A More Natural Capital' environmental manifesto for the next Mayor of London. In this blog, Emma Clarke of Wildlife and Countryside Link urges the next Mayor of London to take ambitious action on reducing carbon emissions to support the achievement of net zero and create a better, greener, healthier London.

The climate crisis requires urgent global action and London, as a global city, has a crucial role to play.

As one of the world’s largest metropolises and economic hubs, London could help lead the way in tackling the climate emergency – City Hall’s 2018 Climate Action Plan was a step towards this. However the test of a plan is its implementation and ambitious action from the next Mayor of London to implement and even go further than current proposals is required to achieve net zero carbon emissions and demonstrate global leadership ahead of the UN Climate Change Conference (COP26) being hosted by the UK in autumn 2021. While the worst impacts of climate change will be felt disproportionately by people in the Global South, the UK and London will also be affected by the environmental and economic fallout of climate change. Climate change is an important local issue in London – and Londoners want to see action to address it.

Climate action offers an opportunity to create a better, greener London: reducing carbon emissions will improve air quality, encouraging active transport will improve the health of Londoners, and increasing climate resilience through the creation of nature-rich green spaces will result in more beautiful neighbourhoods for people to enjoy. Climate action is necessary, but it also can help rebuild the economy and society to be more resilient, environmentally sustainable and socially just.

Firstly, our manifesto calls for the formation of a cross-sectoral Climate Emergency Alliance to help develop and adopt an ambitious, detailed, timetabled and costed plan to deliver net zero by 2030 or sooner. The plan should be based on a green jobs and business strategy to ensure post-pandemic economic activity delivers on climate targets. Achieving net zero carbon emissions as soon as possible is crucial to climate mitigation, but it also offers an economic opportunity to deliver green jobs across London. The next Mayor of London must have a concrete plan to deliver net zero in a beneficial way for all Londoners.

Reducing emissions from the transport sector in London, which has a higher per capital footprint as compared to the UK average, will be key to reaching net zero. We urge the next Mayor of London to ensure a zero-carbon transport sector by 2030 through a presumption against new roads as a solution to travel challenges, encouraging the electrification of buses and taxis, creating zero-carbon delivery zones and cancelling the proposed Silvertown Tunnel. The next Mayor should also use their voice to campaign against the expansion of Heathrow and London City airports.

Finally, London can contribute to a massive increase in renewable energy capacity through solar power. Our manifesto asks the next Mayor of London to develop an action plan to deliver 1GW of solar power in the London area by 2030 through planning policy, support for community projects, loan finance and convening commercial players. This is an actionable and tangible policy that will make an enormous difference in mitigating climate change.

The adoption and implementation by the next Mayor of London of these three practical and actionable policies suggested by the ‘A More Natural Capital’ environmental manifesto will contribute to a vast reduction in London’s carbon emissions and support the achievement of net zero as soon as possible. However, to ensure our vision for a greener London is translated into action, we need your support. Ask your candidates for Mayor of London to support these policy proposals. Share our manifesto with your family and friends. Join us in asking Mayoral candidates what they will do to ensure London steps up to the climate challenge at the Mayoral Environmental Debate on 12 April.

Emma Clarke is a Policy and Information Coordinator at Wildlife and Countryside Link. 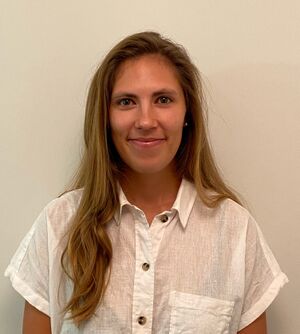