WWF's Sean Clement outlines the latest research on marine protected areas and the dangers of bottom trawling disturbing seabed stores of carbon, explaining the importance of safeguarding our seas ahead of COP26 and calling on the Government to take a new approach to ocean protection

You’d have to be living under a rock to have missed it – we’re all on the road to Glasgow. We know what must be achieved at COP26 and by the time we get there, we’ll know what’s in play to make it happen. However, there remains a question mark over the role that two thirds of the planet’s surface can play in these vital climate negotiations.

The effects of climate change upon the ocean, and the role it plays as a buffer are well known – centuries of increased emissions have been absorbed by our seas, resulting in a warmer, more acidic ocean with effects on weather, wildlife and our ways of living. However, the role that the ocean can play in efforts to fight climate change is less well publicised.

Our ocean holds the largest pool of carbon on the planet, locked away in seabed sediments from the poles to the tropics. In addition, our coasts are fringed with ecosystems that can bury carbon at rates in excess of our planet’s great terrestrial forests. Unfortunately, whilst we can model and assume the magnitude of carbon stored in these ‘blue carbon’ sinks, further work is needed to include the full potential of the oceans in our global carbon accounting processes (the Paris Agreement's 'nationally determined contributions' - NDCs). However, we can confidently state that if carbon sinks and associated ecosystems are damaged, then this potential will be diminished and in some cases lost entirely.

That’s why new research published this week in scientific journal Nature is an important step to further mainstreaming the role of the ocean in the climate change picture. This new paper seeks to outline how increases in the coverage of highly protected marine areas across the globe could have benefits for people, climate and nature. These areas are defined as those closed to all damaging or extractive activity and are typically used to protect areas of high biodiversity, with potential fisheries benefits in surrounding waters following over time, so-called 'spill over'.

Through a globally coordinated effort to establish these areas within their waters, coastal states could take a giant leap towards meeting the triple challenge of biodiversity protection, food provision and safeguarding carbon stores. Framing this protection as part of the climate change narrative is crucially important as we know that, when disturbed by bottom trawling, these seabed stores of carbon can be damaged and their carbon sequestration potential reduced, with potential impacts that can be felt beyond marine ecosystems.

The UK can rightfully claim to be a leader in marine protection on the world stage but at home, we are resting on our laurels, ignoring the decline of our marine heritage. Wildlife and Countryside Link and WWF are calling for the Government to chart a new course by placing Ocean Recovery at the heart of the way we manage our waters. This includes fully protecting a third of UK seas, which this research shows can be considered a ‘no regret action’ that tackles the triple challenge of our times. To do so would also acknowledge climate change objectives set out in the Fisheries Act, helping us build a climate smart approach to fishing; that combats climate change, recovers biodiversity and builds the resilience of our marine ecosystems.

There will come a time for the ocean to be accounted for in the fight against climate change and so, by protecting our blue carbon habitats now, the UK will be able to lay claim to a national vision that matches its international ambitions for our ocean.

WWF and Sky Ocean Rescue are campaigning to drive ocean recovery as the foundation for the next decade, calling on all UK governments to work together and create a world-leading action focused UK ocean recovery strategy to bring our seas back to life. We can all be an #OceanHero - visit the website and sign their petition. 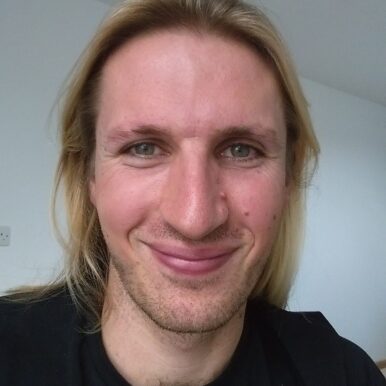