The largest destruction of a protected species in living memory

On Wednesday 11 September, as the controversy over the suspension of Parliament raged across the nation, Defra announced that 11 new badger cull licences will be issued in England in 2019, from Cornwall to Cumbria. This will take the total number of cull zones in operation across England to 42 and will result in the largest destruction of a protected species in living memory.

Since 2013, the government have licensed the killing of just under 68,000 badgers as part of its bovine TB eradication strategy, but we could now see up to 50,000 more badgers killed in 2019 as a result of the cull expansion, taking the total to nearly 120,000. To put this hideous and pointless slaughter of a protected species into context, the total badger population of Scotland is estimated to be in the region of 34,000. This effectively means that within a six-week period between September and October this year the government will allow cull contractors, funded mainly by the taxpayer, to completely wipe out the Scottish badger population.

The total public cost of the badger cull to date is estimated to be in the region of £50 million and Defra has estimated the cull expansion of 2019, will cost an additional £20 million. What the government promoted as a farmer-led and paid-for policy in 2013 has now become the most expensive publicly funded wildlife cull in history, with bills stacking up in Whitehall for equipment, training and monitoring, policing costs and legal challenges to the policy.

Despite these huge public costs, the government has provided no reliable evidence to prove that badger culling is having any significant impact in lowering bovine TB in cattle in or around the cull zones. In fact the latest data on TB rates in cattle herds obtained under a Freedom of Information request, show a 130% increase in the Gloucestershire cull zone between 2017-2018.

Of all the badgers killed to date, Defra has tested just over 900 for TB and only around 15% of these animals were found to carry the disease. This means that if 120,000 badgers are killed by the end of 2019, only around 18,000 are likely to have been TB infected, the other 102,000 will have been disease free and slaughtered for no justifiable reason.

By the end of 2019 more than 50,000 badgers will have been killed by a controlled shooting method that has resulted in many badgers taking more than 5 minutes to die of multiple bullet wounds, blood loss and organ failure. The method is condemned as inhumane by the British Veterinary Association and the government’s own independent expert panel.

As the cost of killing badgers has risen to tens of millions of pounds, the cost of vaccinating them against TB has fallen rapidly. It now costs the taxpayer an estimated £900 to cage-trap and shoot a badger, but it costs the Wildlife Trusts and other volunteer badger-vaccination groups only around £100 to trap and vaccinate a badger against the disease.

Badger culling is hugely complicated, controversial, cruel and costly, but badger vaccination is humane, has strong public backing, is far cheaper and brings farmers and conservationists together in a spirit of mutual respect and trust. We also know from DEFRA funded research that vaccinating a badger without TB can result in a 73% reduction in the risk of the animal catching the disease and this benefit is also passed down to new born cubs.

The Welsh government has shown what can be achieved in reducing bovine TB by focusing on cattle-based measures. Through a combination of improved TB-testing regimes, tighter cattle control and biosecurity, measures the spread of the disease in cattle has been significantly reduced without any indiscriminate cull of badgers.

The Government could kill every badger in England and TB would still remain in the cattle herds, due to inaccurate TB testing methods, poor bio security concerns and cattle movement controls.

The badger cull is probably one the worst examples of incompetence, negligence and deceit at the heart of the government. To spend more than £70 million of public funds killing tens of thousands of badgers without any reliable evidence that it will lower TB rates in cattle is a national disgrace. The badger cull is not a disease-control strategy: it is a politically motivated, publicly funded wildlife-eradication policy, which is pushing badgers to the verge of extinction in parts of England where they have lived since the last Ice Age.

This is why the Badger Trust, with the support of other leading wildlife protection organisations and politicians from all political parties, is now calling for a public inquiry into the disastrous, cruel, costly badger cull policy.

Never again should a government be able to declare war on our wildlife for short-term political and economic interests. All politicians, civil servants and representatives of the farming and livestock veterinary industry, who are responsible for this disastrous, cruel costly and ineffective policy, must be held to account.

I can only hope that as we head into 2020 we all wake up to what we are now facing when it comes to protecting our wildlife. They come for our badgers today, but it will be our otters, raptors, beavers and seals next. The battle to protect the badger is far more than just a fight to protect a shy nocturnal mammal most of us never see: it is a fight for the very future of our countryside and the wildlife that inhabits it.

Let us hope we all realise this before it is too late. 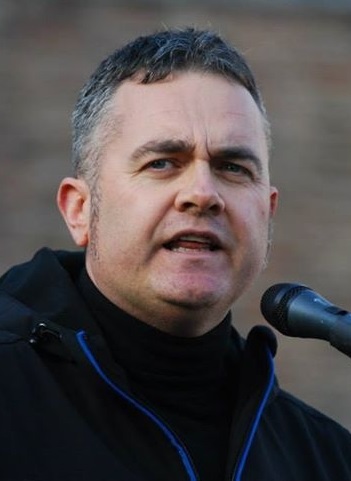