Wildlife is in crisis. According to the Living Planet report, published recently by Link member organisations WWF and ZSL, the world has lost 60% of its wild animals since 1970.

Wildlife is in crisis. According to the Living Planet report, published recently by Link member organisations WWF and ZSL, the world has lost 60% of its wild animals since 1970. The UK is far from immune to the crisis, with the State of Nature Report from 2016, to which several Link members made a major contribution, describing the UK as “one of the most nature-depleted countries in the world”. More than one in seven of our wild species is facing extinction, and more than half are in decline.

If we are to turn this rapidly developing catastrophe around, cleverly every effort must be made to tackle all of the issues threatening our precious wildlife.

Domestic wildlife crime in the UK is one of the threats facing many of the species at risk, and one which Link members try to help tackle through the activities of the Wildlife Crime Working Group. The Group’s mission is to improve the protection of wild flora and fauna against domestic wildlife crime and international trafficking, while also seeking to address associated animal welfare concerns.

In pursuit of its objectives, the group and its members work closely with the small but hugely effective and valuable National Wildlife Crime Unit and the wildlife crime officers within police forces who often give up their own time to tackle wildlife crime cases. It also liaises with government ministers and officials, the Crown Prosecution Service, the sentencing council, and many others. Over the past 12 months the group has produced two key publications: its review of the urgent need for wildlife crime to be notifiable and recordable in England and Wales; and the first of its Wildlife Crime Reports detailing the scope and scale of wildlife crimes identified by Link members during 2016. The second Link Wildlife Crime Report, covering 2017, is due to be launched at the Annual Wildlife Enforcers Conference in North Yorkshire at the beginning of December 2018.

Many Link member organisation were represented at the recent Illegal Wildlife Trade Conference at the Evolution Centre in Battersea. All agree that it was good to see the UK Government host such a high-level event, which attracted delegations from many countries including several Heads of State and key Government Ministers. However, if the UK’s clear commitment to help tackle wildlife trafficking at an international level is to be credible, it must take swift and decisive action to tackle wildlife crime on home soil.

The UK’s first ever National Strategy for tackling wildlife crime, which was launched in July with the unanimous endorsement of the National Police Chief’s Council and the Association of Police and Crime Commissioners, reflects many of Link’s priorities. Our job is to ensure our overstretched and under-resourced enforcement agencies are given the tools they need, with the help of Link members and other stakeholders, to successfully implement it.

On November 10th this year, wildlife crime will be the subject of a panel discussion at the Badger Trust’s annual Symposium in Leamington Spa. Panellists from the Badger Trust, Born Free Foundation, the National Wildlife Crime Unit, One Kind, the League Against Cruel Sports, and the Wildlife Training Consultancy, will discuss key issues including police training and resourcing, custodial sentencing, and wildlife crime recording. Link members will be well represented on the panel.

This and other such events will hopefully help to highlight the crisis facing our wildlife, and emphasise some of the measures that are so urgently needed in order to turn this crisis around. 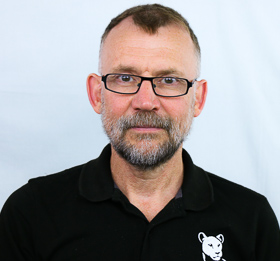