Future of UK seabirds on a cliff edge

On the 9th of May, the UK’s four administrations published their joint report on progress towards their shared ambition of achieving “clean, healthy, safe, productive, biologically diverse oceans and seas”, a laudable goal they have been working towards since 2012.

However, the results of the last 6 years, summarised here, demonstrate that – by their own admission – our governments are failing to protect our seas, and nowhere is this more visible than the relentless erosion of our seabird populations.

In what the naturalist Adam Nicholson has called the ‘hollowing’ of our seabird community, monitoring by Scottish Natural Heritage of 12 seabird species has revealed that a staggering six out of every ten birds have disappeared since 1986. Some species have fared particularly badly, with kittiwake numbers nearly halved in the past 15 years across the UK according to JNCC – the Government’s own nature conservation advisor. These figures stack up to a clear failure against the recovery targets the four nations set over 6 years ago.

This is all the more critical because the UK still hosts internationally important numbers of seabirds (around 8 million), including 90% of the world's Manx shearwaters, two-thirds of its great skuas and a tenth of its puffins (listed by the IUCN as vulnerable to global extinction).

The new assessment report demonstrates that to date, UK governments have succeeded in reversing negative impacts for only 4 of the 15 benchmarks measured, demonstrating the yawning gulf between reality and the declared aspiration for healthy, life-supporting waters around our shores.

Right now, the four administrations are consulting on what actions are necessary to square up to this massive ecological deficit and chart the road to recovering our marine ecosystems for the next 6 years. Yet when measured against the scale of the challenge, and the UN’s dire warnings of biodiversity declines on land and sea, this vitally important new UK action plan is worryingly weak.

With hindsight, it’s easy to highlight the failures of the past and suggest what could have been done better. But what seabirds need now is an acceptance that business as usual is no longer an option. The UK governments’ report clearly shows that the approach taken to date has fallen woefully short. What we urgently need now is bold and decisive leadership to reverse these trends.

Some UK governments have begun to recognise the gravity of the situation and are making encouraging moves; we welcome that Scotland, for example, is currently developing a Seabird Conservation Strategy. This is the exception, however, and what we need is a concerted, joined-up action across the UK. Meaningful change can only come through investment in a comprehensive package of measures to improve the prospects of seabirds in the face of multiple threats, including the effects of climate change.

It's clear we need a major recovery plan for seabirds across the UK, including as a minimum.

As we prepare to leave the EU, the UK has declared its intent to be a global leader when it comes to sustaining our oceans and seas. It has never been more pressing for the four nations to translate that bold vision into practice by working together to halt the hollowing of our seabird populations.

Do it right and, when our governments mark their card again in six years’ time, we’ll hopefully have better news to tell. 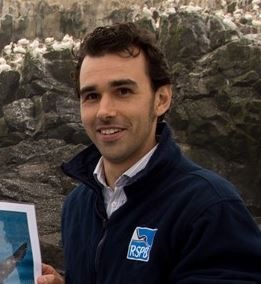