Whither the revolution? Reviewing the agricultural transition over a year in

‘‘This fourth agricultural revolution will therefore require us to change the way we work on the land and invest in its future, will force us to reform the role of Government in regulating and supporting farming; will demand new thinking and new talent in food production, and will, inevitably, require tough choices to be made. For some, the adjustment will be undoubtedly challenging. But no change is not an option.’’

Thus spoke Michael Gove, then Defra Secretary of State, at the Oxford Farming Conference in 2019, confirming an agenda of radical change for farming subsidies. The narrative was clear; Brexit had created a moment for change and that opportunity was to be seized to break free from what had come before - to reshape farming policy to meet the needs of the future. Central to those needs was the requirement to address the climate and ecological emergency; in the words of the Agricultural Transition Plan published in November 2020 the ‘’biggest change in agricultural policy in half a century’’ would ‘‘create cleaner, greener landscapes’’ and ‘‘reverse species decline and improve biodiversity significantly’’.

Nearly 18 months on from these words, how fares the revolution?

For starters, government messaging has explicitly shifted to favour an “an evolution, not a revolution” in farming policy. As for the policies themselves, the transition to a new system for farming subsidy has come in three parts, starting with the Sustainable Farming Incentive (SFI), designed to set standards for agricultural practices to achieve change across a broad spectrum of farms. The first iteration of the SFI was announced at the close of 2021, to disappointment from the nature sector over limited ambition.

Information about the remaining two schemes, Landscape Recovery and Local Nature Recovery, achieved a similarly muted response when released this January. In the words of RSPB:

‘‘Whilst the rhetoric is good, the details behind this announcement are quite thin. The government has not provided much detail on what these schemes will look like, who will operate them, whether farmers will be able to access advice, clarity on eligibility or how the three schemes will operate together.’’

Although beset by some gaps and missing detail, the move to public money for public goods is certainly the right one. If anything, the Government must go further and faster in this farming transition.

Robust information, published swiftly, setting out how farmers can access the advice they need to make the most of the transition, how nature gains will be monitored and how all three schemes will aggregate together to achieve nature and climate goals, could yet achieve the level of ambition promised in the Agricultural Transition Plan.

Farm payments however represent just one side of the coin. Payment for delivering public goods, including nature and climate gains, has to be accompanied by robust regulation and enforcement to prevent nature loss and climate change.

However, enhancements to regulations have stalled. The Government commissioned Dame Glenys Stacey (now head of the Office for Environmental Protection) to review farming regulations so that post Brexit Britain could ‘‘set the global gold standard in trusted, transparent and efficient regulation of farming.’’ Three years on from the report’s publication, it has not been officially responded to, let alone implemented. This delay is letting farmers down; Link polling has found that a majority of farmers believe that robust regulations are important to protect standards in the farming industry.

Regulations also need effective enforcement. This is currently lacking, for instance, the Environment Agency’s prosecution of serious pollution incidents have reduced by 93% over the last four years. Poor communication and awareness-raising from government agencies can also lead to non-compliance. A recent debacle around Farming Rules for Water highlighted this, which has led to a delay in implementing the some of the rules fully, and a backlash from the farming sector.

Overall then, progress towards the agricultural transition has been mixed. Farm payment changes are headed in the right direction, but need more detail, and reform and enforcement of regulations need urgent attention.

Worryingly however, there are the first hints not just of uncertain progress, but of possible regression. In response to the invasion of the Ukraine, a few voices have suggested that changes to farm payments should be halted to bolster food security. Thankfully there is no sign yet that the Government is persuaded of this flawed and opportunistic argument, which would set back work to address climate change and biodiversity loss as the greatest threats to food security. Perhaps more worrying is the Brexit Freedoms Bill was announced in January ‘‘to make it easier to remove cumbersome EU laws’’. We await further detail. Given that regulations that are essential for environmental protection are often perceived as ‘cumbersome’ by others, there is a real need to be watchful on this front.

Any move back to the farm payments of old and sustained neglect of the rules that protect nature would represent the very opposite of Brexit freedoms. Whatever the arguments for and against, Brexit undoubtedly marked a transformative moment – to break away from previous approaches, to explore new ones, to take the most of a new liberty to do better. A failure to lift the level of farming policy ambition much beyond that which applied when we were in the EU would represent a failure to seize the opportunity presented by Brexit freedoms, a bowing to the tyranny of the status quo.

Such a wasted opportunity will cost us all dear. Agriculture is responsible for 10% of our greenhouse gas emissions, farmland birds have declined by over 50% since the 1970s, and at present just 14% of England’s rivers are in good ecological condition, due in part to pollutants from farming. The Government has pledged to recover nature but cannot meet this promise without significant changes to way we produce food and manage land – without a meaningful ‘fourth agricultural revolution’.

That revolution is stuttering. To misquote an old revolutionary, the old is dying but the new has not yet been born. There is still time to change this, but in one of the most nature-depleted countries on earth, time is of the essence.

Matt Browne is Advocacy Lead and Hannah Conway is Policy Officer, both at Wildlife and Countryside Link 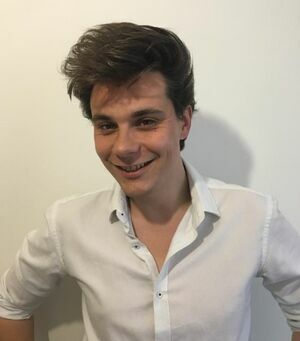 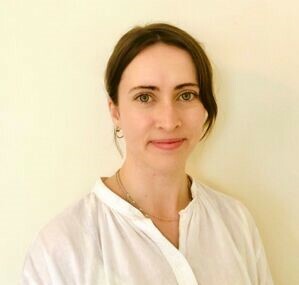