The impact of INNS on trees and woodlands

Alisha Anstee, Lead Policy Advocate for Tree Health, Biosecurity & Invasives at Woodland Trust, shares how invasive non-native species threaten our native trees, and how we all have a role to play to create a safer environment for our trees to thrive into future generations.

Invasive Non-Native Species (INNS) are species whose introduction and/or spread outside of their native range and have negative consequences, such as threatening biological diversity or other unforeseen impacts. They are one of the most serious global threats to biodiversity today, along with habitat destruction and climate change. They also impact humans; each year they cost the UK economy alone £1.7 billion.

Plant pests and diseases are not just a threat to our commercial industries like forestry, crops and horticulture, they pose a significant threat to the health and long-term survival of our trees, treescapes and woodlands. It is widely agreed that the most time and cost-effective way to tackle INNS is to prevent their initial arrival. Eradication once established is often impossible and efforts require many hours of labour and ongoing costs.

This year marks 10 years since Ash Dieback, the invasive fungus Hymenoscyphus fraxineus, was first officially identified in England. This fungal disease originates in Asia, where it lives alongside its native ash hosts causing little damage – which is often the way with INNS when considered in their natural range. However, once it reached shores outside its natural range, such as many places in Europe including the UK, this seemingly harmless fungi wreaked havoc, penetrating the tree structure of our native ash, growing and eventually blocking the tree’s water transport system and in some trees, causing it ultimately to die.

It’s not exactly known how the fungus arrived in the UK initially, though it was found on imported ash trees. Indeed, in the early 2000s ash was being heavily traded across Europe so it’s likely it was on imported plants. Another proposal is that this fungus may also be dispersed by wind, birds and insects. The future survival of our native ash trees is jeopardised by this disease, and we are expecting to lose anything up to 80% of our existing population which is made up of 125 million trees in woodlands alone, and a further 27 million ash trees outside of woodlands. As a knock-on impact the disease has the potential to disrupt 900 species, which are associated with and depend on the ash tree for feeding, habitat or breeding.

There is some hope of ash dieback resistance, which is why it’s important to allow seemingly infected trees to remain in the landscape where it’s reasonably practical and where they do not pose any health and safety risk. However, this resistance will be futile should the emerald ash borer beetle reach UK shores. This invasive species has already caused losses and damage of between $1.8 and $7.6 in North America and is currently progressing across Russia and into Europe (though not currently in the UK). The Asian invasive beetle has the potential to be highly fatal for our ash populations, with the biggest risk of introduction for the UK being from imported wood, particularly firewood. This emphasises the need for us to invest in our domestic sector and ensure that infection control is a priority.

The UK is home to only three native conifer species: Scots pine; yew and juniper. Phytophthora austrocedri is an aggressive, fungus-like pathogen which infects juniper and since 2011 and 2012 respectively, England’s and Scotland’s junipers have been threatened by this pathogen.

Common juniper (Juniperus communis) is an important native species, and a significant proportion of the small area of juniper woodland remaining in Great Britain is protected. It is a key food plant for a wide range of invertebrates and birds, and it has a unique and specialised group of associated insects, fungi and lichens. This pathogen primarily attacks juniper roots, where it forms lesions which extend into the lower stem of the plant and eventually reaches the main stem where it cuts off the flow of nutrients and ultimately leads to death. Phytophthora aptly means ‘plant killer’. P. austrocedri has been identified in many upland woodland sites in Scotland and Northern England and a small number of sites in Southern England. Whilst not entirely known, it’s thought to have entered GB through international trade in plants much like ash dieback.

What you can do to help

The bad news is the threat of INNS is only increasing with globalisation, increased and faster travel and climate change. The good news is there is action you can take at an individual level that will help to alleviate that threat.

Combatting INNS and securing the health of our native trees

The scope and threat of INNS to our existing and future trees is significant. This blog has only begun to touch the surface, focusing on ash dieback and Phytophthora as current pathogens. The situation on the ground is far wider – many organisms have the potential to be INNS – including plants, animals, fungi, and other microorganisms all of which can harm trees when outside of their native ecosystem. There is ever increasing threat from invasive deer and grey squirrel on our established and young trees, and the challenges posed by climate change and habitat destruction are real. Collectively, INNS are a serious threat that the Government must urgently address, especially given the status quo will almost certainly impede the UK’s ability to meet tree cover climate targets and halt the loss in biodiversity.

We are expecting the GB Plant Biosecurity Strategy to be published by Government in the coming weeks, this sets out biosecurity plans for the next five years. The Woodland Trust called for investment in our domestic nursery sector that will help to fulfil the demand for trees at home and begin to reduce our reliance on imports which pose a significant risk to our trees. We also ran a campaign that had over 1,000 public respondents!

It’s an exciting time right now for biosecurity and we all have a role to play to create a safer environment for our trees to thrive into future generations.

Further reading: The State of UK woods and Trees 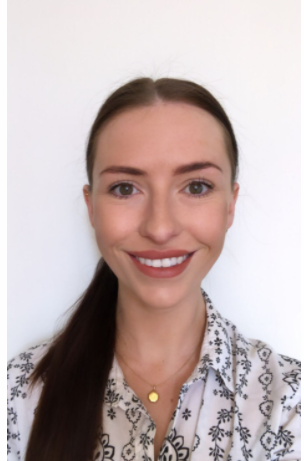