Matt Staniek, zoologist and Lake District campaigner, tells the story of his campaign to stop water pollution at Lake Windermere, and shares thoughts on how we can save our blue spaces for nature and people. Matt's petition, signed by over 100,000 people, can be accessed here, and his crowdfunder for the first project of the Windermere Lake Recovery here.

Lake Windermere, the jewel in the crown of the world-famous Lake District National Park and England's largest freshwater lake, is dying. Feels like betrayal, doesn't it? I can sense you’re anxiously asking yourself: how is this happening in an area of outstanding natural beauty and the UK's best known National Park?

If you’re already sitting at your laptop, ready to send an angrily written email, I should clarify exactly why our lake is dying. Phosphorus pollution is the main reason for ecological decline in Windermere. A huge source of phosphorus pollution comes from sewage, either from storm overflow systems or from over 1500 unregulated private septic tanks. Other pollutants include household products containing high levels of phosphates, and diffuse agricultural pollution. Along with pressures from climate change and increased tourism, the quality of Windermere will only get worse if nothing is done. In a World Heritage Site named after water, shouldn’t we hold ourselves to higher standards?

I have spent the past four months campaigning to save our lake. Over a million individuals have seen my petition calling for action, and over 100,000 people have signed it. The campaign has begun a debate, but all parties want the same outcome; an end to water pollution in the Lake District World Heritage Site.

The campaign began on fairly innocuous grounds. I frequent the head of Windermere almost daily to observe, photograph and document the wildlife that call the lake their home. However, as the years have gone by, I've noticed something worrying - a very sharp decline in biodiversity. Being a Zoologist, my scientific curiosity took over and I set out to find the cause. I decided to write down the different symptoms Windermere was exhibiting, including a noticeable absence of keystone species such as white clawed crayfish, and the once crystal-clear waters now clouded with toxic blue green algae.

Then I delved deeper into the data. Imagine my dismay when I found the Rivers Trust interactive sewage map which showed that in 2020, combined storm overflows discharged into the Windermere catchment for a total of 7,236 hours.

Sewage adds phosphorus into the water, which acts as a fertiliser for algae. When we get warm water temperatures and the concentration of phosphorus is high, we get algal bloom events. These events deplete dissolved oxygen in the lake and rivers, killing fish. The algae also sits on the river bed, killing invertebrates and fish spawn. Invertebrate and fish numbers are plummeting, with salmon and trout in decline, and Arctic Char now believed to be extinct in the south basin of Windermere. My fear is this will lead to the local extinction of iconic species like the otter and kingfisher, and that soon we will be left with a lake devoid of life.

This is not only bad for biodiversity, but also the local economy and human health. Cumbria Tourism estimate that if water quality continues to decline, it will cause a £100 million loss to the economy. I’ve also heard from someone who contracted campylobacter after swimming in the lake in 2020, leaving him incredibly ill and requiring medical assistance.

This decline has been rapid, and for Windermere to be saved, we need to act immediately. We must find local and specific solutions to the problems we now face. This requires collaboration, innovation, and crucially, investment.

The petition was a significant step in the right direction. Due to the support of all who signed, a meeting took place between myself, United Utilities, the Environment Agency, the Lake District National Park Authority, South Cumbria Rivers Trust and the Freshwater Biological Association. Within this meeting, a plan to save Windermere started. Whilst this seems like quite a milestone, I will not be satisfied until there are adequate accountability measures and concrete plans in place to make Windermere a healthy and thriving part of our National Park. Soon we will have a date from these partners, telling us by when they are going to aim to clean up Windermere.

But what next? I want to create change on the ground, so I have created the Windermere Lake Recovery Community Interest Company (CIC) which will enable an immediate rollout for catchment improvements to give us a buffer until infrastructural changes can be made. This work aims to target the estimated 30% diffuse agricultural phosphorus input and the 35% phosphorus input coming from the local and transient tourist industry.

Windermere Lake Recovery will work with farmers, landowners and the local community to implement natural solutions to mitigate water pollution, allow nature recovery, prevent future flood events and droughts, making us more adaptable to climate change and most importantly begin the recovery of Windermere. I want to collaborate, learn and provide a blueprint for every single freshwater catchment in the country to follow our successes and learn from our failures to save our lakes and rivers. I have started a crowd funder to help fund landowners bring about immediate tangible change. The donations will help these people perform vital tasks, such as returning species to rich hay meadows, installing flood preventing peatland, and growing buffer reed bed habitats, all of which have a direct impact on freshwater quality.

Windermere Lake Recovery will also help educate both locals and tourists on how their activity is impacting our natural environment. I now have a commitment from the National Trust who are going to support the crowd funder on their social media platforms, allow access to their volunteer network and to collaborate with myself and their tenants to impact water quality. Cumbria Wildlife Trust has followed in a similar sentiment, and the Woodland Trust has generously donated an initial 10,000 trees to the project.

Our National Parks should be the ultimate source of inspiration for our natural world, and we should be utilising this flagship site to lead the charge for our environment. The state of our freshwater is incredibly worrying but it is also the start of something exciting. If we can utilise the Lake District’s flagship appeal, with the right collaborations and enough investment, we can take what we learn from the Windermere catchment to other freshwater rivers and lakes across the country. I have full confidence that we can save our rivers and lakes, but we must take action now.

Matt Staniek is a Zoologist, Conservationist and Campaigner in the Lake District. 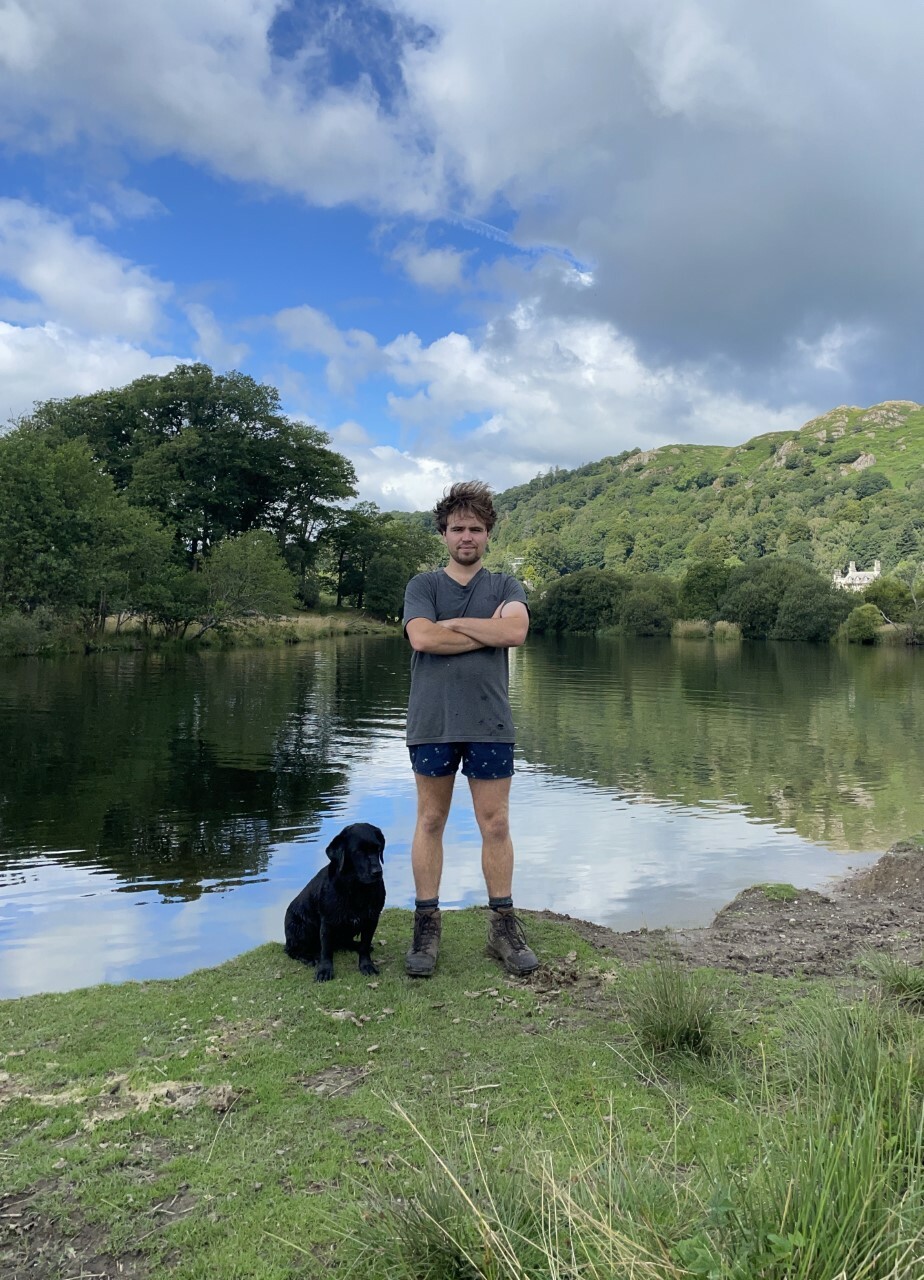