Colleagues from RSPB and WWF-UK investigate the need for urgent action for the UK to reduce its global impact.

Why do we need urgent action to reduce the UK’s impact overseas?

Did you know that, between 2016 and 2018, over 21 million hectares of land in other countries – that’s equivalent to 88% of the UK’s land area – were required to produce just 7 commodities, including cocoa, palm oil, timber and soy, used and consumed in the UK?

A new WWF-RSPB report provides key new evidence on the UK’s heavy dependence on products and raw materials coming from abroad to meet its demand for food and other items, and on the climate, environmental and human rights risks posed by these imports overseas.

• An area nearly 3 times the size of Wales (around 6 million hectares), was required for commodity production in countries with high biodiversity, high rates of nature destruction and poor track records on labour rights and/or weak rule of law, such as Brazil, Indonesia and Ivory Coast.
• Over 2,800 species, already under threat in high risk producer countries*, could be under pressure from UK trade in key high deforestation risk commodities.
• At least 28 million tonnes of CO2 equivalent were emitted annually, between 2011 and 2018, to produce the amount of cocoa, palm oil, rubber and soy imported to the UK. 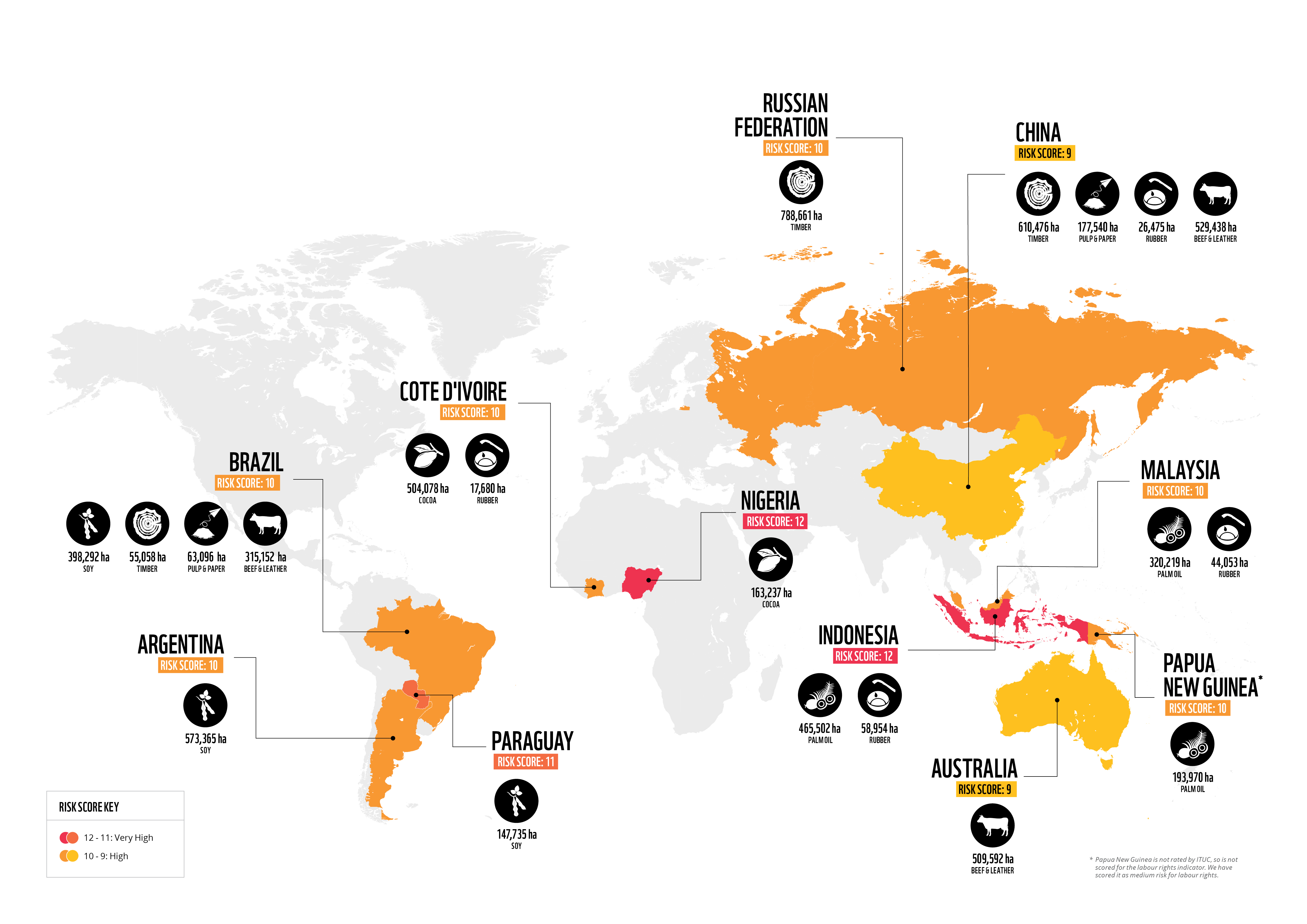 In 2018, as part of its 25-Year Environment Plan, the UK Government promised to reduce the UK’s footprint overseas. Since then it has created the independent Global Resource Initiative (GRI) Task Force, that submitted a set of ambitious recommendations to the UK Government in a report published in March 2020.

However, the government has not yet responded to the GRI Task Force’s recommendations and does not plan to do so until October 2020 at the earliest. In the meantime, actions that the GRI Task Force recommends, such as establishing a mandatory due diligence obligation for businesses to identify, mitigate and report on their overseas environmental footprint, and the setting of a deforestation-free supply chain target, are at risk of being excluded from the Environment Bill, currently before Parliament.

The government has a key role to play in driving action within business and financial institutions, and by setting a global example of leadership. Legislation to secure deforestation- and conversion-free supply chains is urgently needed, as are comprehensive policy and other legal measures to ensure that the UK ends its contribution toward the destruction of nature and climate change, both domestically and overseas.

That’s why WWF and RSPB are calling on government to urgently:

• Implement an ambitious action plan in response to the GRI task force recommendations, going further than these where necessary to address the issues highlighted in Riskier Business
• Establish a mandatory due diligence obligation on businesses and financial institutions through the Environment Bill
• Secure high environmental and social standards and safeguards in trade agreements
• By the end of 2020, set a time-bound, legally binding target to halve the UK's overall environmental footprint by 2030, including a sub-target to halt deforestation and conversion embedded within the UK commodity supply chains as early as possible and no later than 2023. 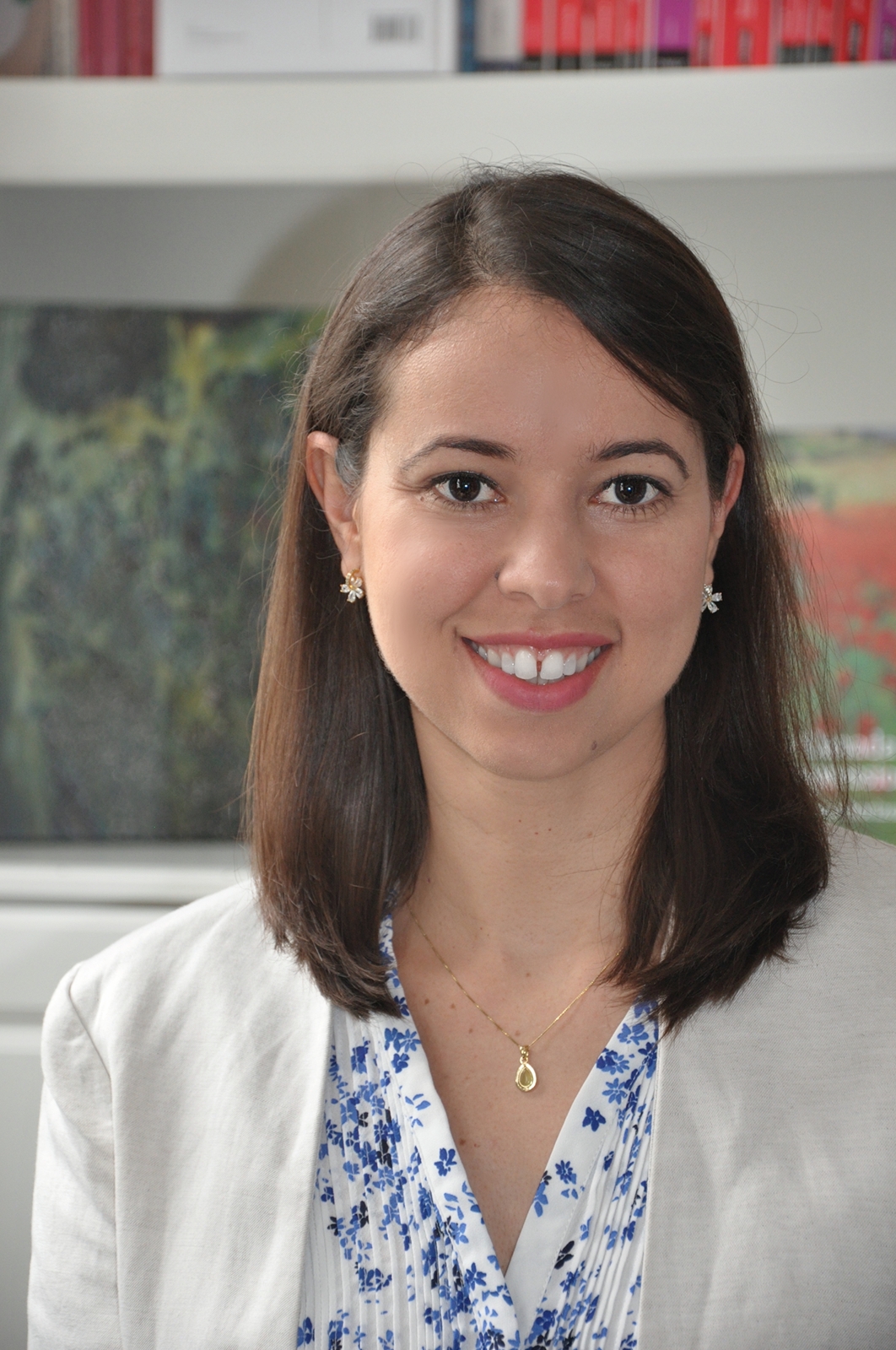