Andy Lester from A Rocha UK, reflects on the resilience of nature and the glimmers of hope for the future that can be found in the strangest of places

Many people have said that during lockdown they experienced the richness of nature in new ways. The silence, the pure clean air, the magic of bird song undiluted by traffic sounds, the lack of contrails from planes and the sight of families cycling everywhere; exploring new spaces, encountering new things for the first time ever.

Yesterday as I sat in a traffic queue in Southampton, England, I could see faces of regret and faces of sadness in other cars as life returned to some vague resemblance of normal. A normal that most people don’t like, don’t want and don’t wish to return to. Through the haze of pollution; the bikes have been chased off the roads-families are no longer peddling together down small lanes. It has changed.

And yet all is not lost. A new seed has been planted. People are not the same as they were in March. Some may want to return to the old ways; but there are far more who have encountered something brave and new; and want change.

I was thinking about this just yesterday as I went to fill up my car with petrol. A pair of pied wagtail were feeding a chick in the middle of an automated car wash on the side of a main road. The nest was on top of one of the rotating brushes. each time a car came in, the pair of wagtail would move along the forecourt as the brush rotated. The noise and the spray would, you’d think, be enough to displace this hardy family. But their reality was different. As the water sprayed across the vehicle, the male wagtail simply opened its wings to get a free wash and the nest remained dry and unaffected tucked on top of the brush mechanism. It was an extraordinary moment. We may act as if there is no tomorrow-and we may marginalise nature so it has few places left to thrive-but this pied wagtail was a symbol of hope and of a new tomorrow.

For all our selfishness, greed and intolerance, right around the world there are pied wagtail moments-where in a flash of brilliance, nature determines itself to fight back against our ignorance and stupidity-and say to us; there is still hope. Life has the ability to spring back as soon as it is given the opportunity and sometimes in the most unexpected spaces.

So as we see “normal” going on all around us; let us learn to act like the pied wagtail. Let’s look for new ways of behaving differently in a world that tries to dictate that we go back to what once was. Let’s fight for new cycle ways, for new nature reserves, for new green spaces, for new Eco Churches and Forest Schools. Let us appeal for town centres entirely free of cars, shops filled with local produce and a national “stop” day where we all get out of our cars and back on our bikes and feet wherever we are.

Like the wagtail-lets seek out new opportunities to do things differently and let’s embrace a truly vibrant, life-filled new normal.

Andy Lester is Conservation Director at A Rocha UK 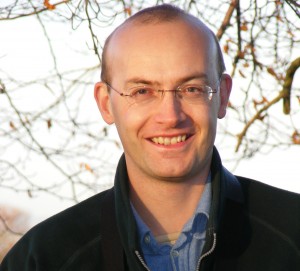