A new era for our national landscapes

John Arwel Watkins, Chief Executive of The National Association for Areas of Outstanding Natural Beauty, discusses the Government's Glover Review plans, and the new era ahead for our AONBs, soon to be renamed as national landscapes

The National Association for Areas of Outstanding Natural Beauty and the AONB Family broadly welcome the response. Much of it chimes with the evidence we submitted to the Review panel. But overall, we believe the Government’s proposals, as currently presented, fall short of the ambitious, transformational change that Glover and his team envisaged, which AONB teams are keen to see implemented, and which the pressures on these landscapes demand.

The Glover Review opened up a crucial conversation about what designated landscapes should deliver for a 21st century society and the environmental challenges it faces. Central to the changes Glover recommended was a clear recognition of the enormous potential and frustrated ambition of the AONB network – 34 designated landscapes, covering 15% of England’s land area – to deliver so much more for nature, climate and people, at this critical time.

The announcement in 2021 of plans to create two new AONBs (Sandstone Ridge and Yorkshire Wolds) and extend two existing AONBs is a clear endorsement of the designation. And the response to the Glover Review indicates that Government wishes to reinvigorate the status of Areas of Outstanding Natural Beauty with new purposes, powers and resources for the teams charged with conserving and enhancing these special places.

The Government’s response agreed with the Review recommendation that AONBs should be prioritised for greater resources in order to unlock their full potential. With all 34 AONBs sharing the same funding as a single medium sized secondary school and an average of four FTE staff in each team, this is welcome.

AONB teams’ ongoing success has been dependent on working effectively in collaboration with local partners and with other AONBs, sharing best practice; and securing external funding, such that for every £1 they receive from Defra, £6 of work can be delivered on the ground. Over the past ten years however, AONB teams have suffered 36% cuts to core budgets. Further flatline settlements would result in teams shrinking to the point that they would no longer be able to leverage external funding. AONB team capacity is one of the main limits on further delivery for nature, climate and people, and an increase in resources is critical.

Government also agreed with the Review findings that AONB teams should be strengthened with additional powers. This is especially welcome in the area of planning. The government response suggests a strengthening of the role of AONB teams in the planning process by making them statutory consultees, we agree with this approach. There is little appetite for AONB teams to become planning bodies – the evidence is that where this is the case, boards are able to do little else, distracting the focus of organisations away from the main priorities of nature, climate and access and wellbeing. The AONB Family feels that the statutory consultee proposal could go further, however, potentially incorporating landscape scale development plans into the established democratically derived management planning cycle. This could support considerate development that works for local communities and businesses while protecting what is special and unique about these places.

Government is also exploring the final clause of Glover’s Proposal 24: “AONBs (to be) strengthened with new purposes, powers and resources, and renamed as National Landscapes”. The National Association has completed an exercise on behalf of Defra and the wider AONB family to examine what implications a name change would have. We spoke to audiences currently underrepresented in the countryside as well as AONB staff and lead officers, local land managers and business representatives, and local and national government staff. There was support for the change to a name that represents the national importance of the designation, provided that this is symbolic of a meaningful upscaling in AONB teams’ already proven work for people, nature and climate.

The response supports the establishment of a national landscapes partnership. While expanding the collaborative approach taken by AONB teams already would be beneficial to all designated landscapes, it is only part of the solution. The National Association for AONBs has previously advocated for a stronger role for Natural England in providing overview and scrutiny for all protected landscapes. Designation recognises the locally distinctive landscape – the confluence of species, climate, geology and heritage – and robust and independent management by people rooted in individual AONB is crucial. But AONB teams recognise that proper scrutiny is part and parcel of the privilege of being nationally recognised assets which deliver for the nation.

Government’s own admirably stringent targets, to achieve Net Zero by 2050 and its commitment to the UN leaders’ pledge to protect 30% of the UK’s land and sea area for nature by 2030, have clear parallels in the challenge from the Glover Review. It aims for designated landscapes to ‘form the backbone of a new National Nature Recovery Network’ and to lead the fight back against climate change. Well before the Review was published, AONBs made a joint commitment to increasing the scale and pace of their work against nature depletion and climate change in our Colchester Declaration of 2019. We hope that the scale of the resources, powers and expectations that result when the consultation concludes match the ambitions of the AONB Family, and the scale of the challenge.

The National Association will be submitting a full response to the Government’s consultation, which closes on 9 April.

John Arwel Watkins, is theChief Executive of The National Association for Areas of Outstanding Natural Beauty 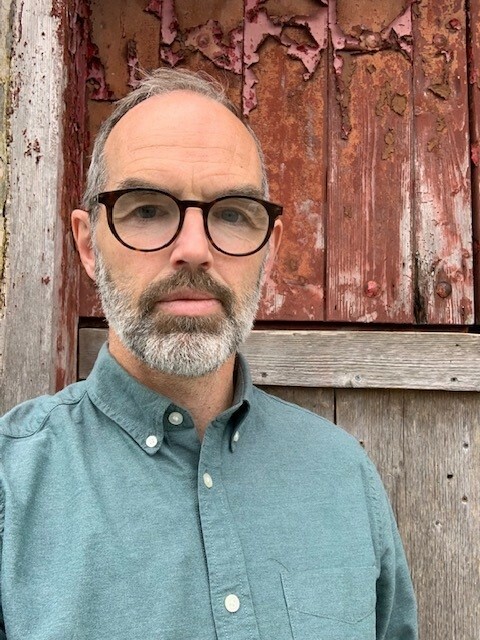