Nature and the economy: how can we prosper within planetary limits?

Caroline Lucas MP and Richard Benwell write on the need for economic change to address the climate and ecological emergency.

Almost 30 years ago, Bill Clinton’s famous election slogan was “It’s the economy, stupid”. In today’s era of a climate and ecological emergency, that phrase has a whole new meaning.

With warning lights flashing red for years, we need to ask why we’re still hurtling towards environmental breakdown. The answer is often: it’s the economy.

It’s time for environmentalists to confront this elephant in the room – and speak out about the urgent need to redesign our economy.

Wildlife and Countryside Link has already been making the case for fundamental economic changes to reverse biodiversity loss and achieve climate goals. Its manifesto for the 2019 general election called on all parties to:

“Ensure that people’s environmental concerns are reflected in national governance by moving beyond GDP. Each year, a Natural Prosperity Statement should be delivered alongside the Budget, with time allotted for Parliament to debate environmental improvement.”

Since then, the Treasury-commissioned Dasgupta Review into the economics of biodiversity has also made a strong case for moving beyond GDP. The Review warned: “GDP does not account for the depreciation of assets, including the natural environment. As our primary measure of economic success, it therefore encourages us to pursue unsustainable economic growth and development.” The climate and nature crises are a feature, rather than a fault, of economics as usual.

The Dasgupta Review sets out clearly what governments need to do. It issues a clarion call for “urgent and transformative change in how we think, act and measure economic success to protect and enhance our prosperity and the natural world”.

Unfortunately, the Government’s response failed to commit to adopting any alternative measures of economic success, let alone with any urgency. We need to keep up the pressure until the Treasury gets the fundamental truth: that the economy is a subset of the biosphere, not the other way around.

There’s a parliamentary petition open until 26 September, which is one way to do just that. The petition was created by a young Brighton climate activist and calls for the UK to shift to a Wellbeing Economy - one that puts the health and wellbeing of people and planet first. If the petition reaches 100,000 signatures, it could trigger a major Commons debate. So please add your name! The Wellbeing Economy is just one of several alternative economic approaches that already exist.

As Kate Raworth, economist and author of Doughnut Economics says: 21st century economics will be practised first and theorised later. Earlier this month, we joined Kate for an event on this topic: “Nature and the Economy – Who Speaks for the Trees?”. You can watch here.

Scientists are calling for transformative changes to how the economy works too. Just one example is a recent report from 50 of the world’s leading scientists, warning that humanity must solve the climate and nature crises together, or solve neither. This called for a global shift away from the idea of economic progress based on GDP growth - towards one that recognises the value of nature and aims to deliver a good quality of life for all, without overshooting environmental limits.

We urgently need to redefine economic success. Luckily, the public is far ahead of most politicians on this topic. In the UK and across all G20 countries, a survey for the Global Commons Institute found that “73% agree their country’s economy should move beyond a singular focus on profit and economic growth (GDP) and focus more on human wellbeing and ecological protection and regeneration.”

Momentum is building. The Wellbeing Economy Governments partnership brings together five nations who are already moving beyond GDP. Local authorities and cities around the world are embracing new economic approaches such as Doughnut Economics and community wealth building. Businesses are pushing for a change in the law to require all companies to look beyond financial returns and align their activities with social and environmental goals. MEPs are pushing for a sustainable wellbeing economy within planetary boundaries to be at the heart of the EU’s environmental action programme.

Repurposing our economy to work within planetary boundaries will ensure that thousands of everyday decisions change—from the way we power our industries to the way we manage our countryside. Rather than being driven by end-of-the-rainbow dreams of endless economic growth, our economy will prioritise collective wellbeing and the health of the natural environment, upon which we all depend.

Greta Thunberg hit the nail on the head when addressing world leaders at the UN climate summit in 2019: “We are in the beginning of mass extinction, and all you can talk about is money and fairy tales of eternal economic growth,” she said.

Let’s add our voices to demand a new economy, one fit for the 21st century, one that puts people and planet first. You can help by signing and sharing the Wellbeing Economy petition today. 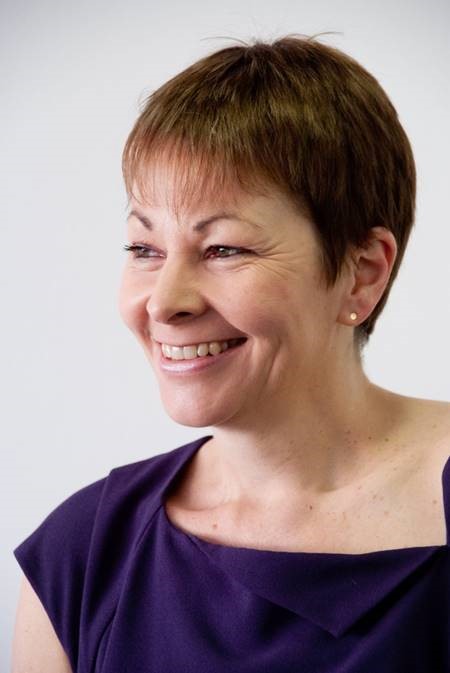