Boring, brown and impossible to identify - that’s many people’s view of micro-moths.
But pyralid moths, the theme of this year’s Moth Night, bust those common misconceptions.

Boring, brown and impossible to identify - that’s many people’s view of micro-moths. But pyralid moths, the theme of this year’s Moth Night, bust those common misconceptions. From the weird (the caterpillars of the Beautiful China-mark are aquatic, living in ponds, streams and rivers) to the wonderful (the velvety purple and gold wings of Pyrausta purpuralis), there is much to interest naturalists, conservationists and the general public among the pyralids.

Moth Night, the annual celebration of moths and moth recording, has been running since 1999, and this year’s event will take place on the three days (because many pyralids and other moths are active during the day) and nights of 14 – 16 June 2018. This is the first time that the UK-wide citizen-science event, organised by Atropos, Butterfly Conservation and the Centre for Ecology & Hydrology, has focussed specifically on a group of micro-moths.

Pyralids (the families Pyralidae and Crambidae) make up only a small proportion of micro-moths - some 150 of the 1,600 or so micro-moth species recorded in the UK. However, the group includes some beautiful, rare species and conservation priorities, such as the White-spotted Sable (Anania funebris), Cynaeda dentalis and the Scarce Crimson and Gold (Pyrausta sanguinalis). The latter is believed to be extinct in Britain now, but colonies still occur in dune habitats in Northern Ireland. 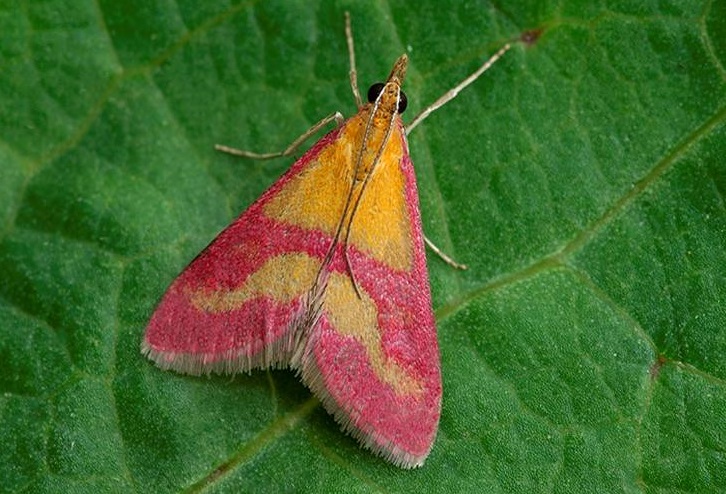 There’s a lot of change going on in this group, with 29 pyralid species recorded for the first time in Britain during the past 30 years, of which at least eight have colonised. Many of these new arrivals are the result of inadvertent import, for example through the horticultural trade, such as Musotima nitidalis, as native of Australia and New Zealand, which is now established in the wild in Britain with the caterpillars feeding on ferns such as Bracken. Other colonists have arrived naturally, extending their ranges from continental Europe, including Evergestis limbata, which is now resident in many coastal counties of southern England. One or two are a significant cause for concern, such as the Box-tree Moth, a South-east Asian species that is devastating garden and wild Box plants across Europe.

Pyralids are also one of the most accessible of micro-moth groups, with many relatively large and brightly-coloured species. With a wingspan of over 3cm, the black and white Small Magpie is a similar size to a Holly Blue butterfly, while the iridescent Mother of Pearl is larger than many macro-moths. With day-flying, garden species such as the Mint Moth and common immigrants such as Rush Veneer and Rusty-dot Pearl there is plenty of interest for beginners as well as experienced moth recorders.

And the accessibility and popularity of this group of moths is about to be improved further by the publication of a new field guide to pyralids by Atropos Publishing, over 30 years since the last dedicated work on British pyralids.

Moth Night activities don’t have to focus on pyralids, of course, and the event provides an ideal opportunity to get out and record moths somewhere new, both by day and at night, or to organise or attend a guided walk or moth trapping event for the public, family or friends. Details of public events can be found on the Moth Night website. Whatever you do, please ensure that you submit your sightings via the online recording form on the Moth Night website, so that we can build up a picture of all the activity and records during the event. 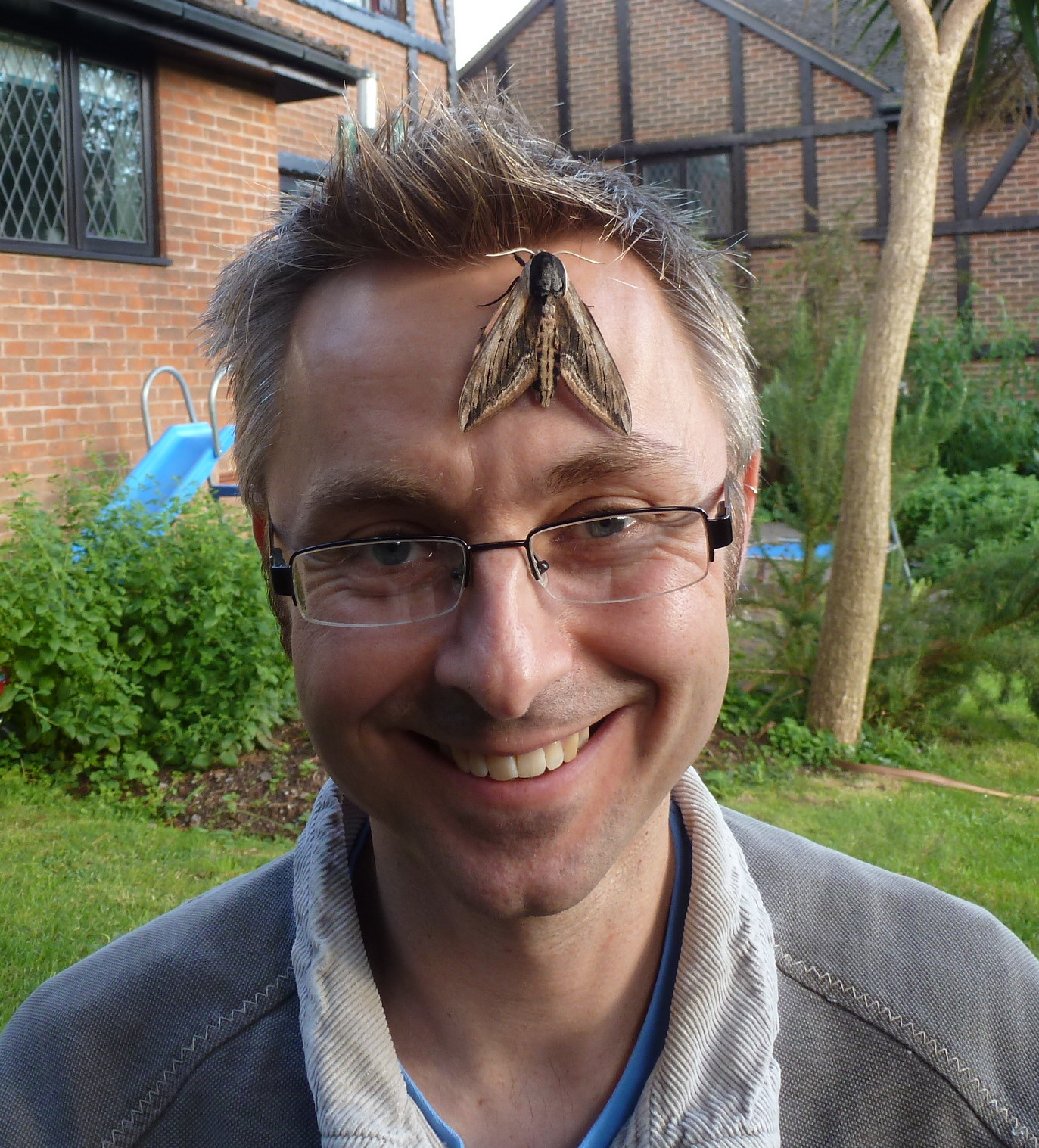