Is there a future for farming under ELMS?

Andy Lester, Head of Conservation at A Rocha writes that ELMS must succeed, to future-proof farming against nature decline and climate crisis

Environmental Land Management Scheme (ELMS), it may be a bit of a mouthful, but was widely seen as the silver lining to Brexit-and opportunity to put sustainable food production at the heart of the UK’s farming system. But there are moves afoot to derail the process-and some in the government would like to see the entire scheme scrapped.

While the UK was in the European Union, UK farmers were given subsidies according to how much land was owned or managed, with few conditions attached. As well as this, the old system also had Countryside Stewardship -under which farmers were paid money at two tiers to make positive changes for land and nature. However, the schemes were criticised for being very complicated to implement, with poor monitoring , a limited budget and wealthier larger farms often disproportionately benefitted from the highest pay-outs.

The new ELMS scheme has three components- the Sustainable Farming Incentive (SFI), Local Nature Recovery (LNR) and Landscape Recovery (LR). The aim of the proposed scheme is to pay ‘public money for public goods’, meaning that farmers will be paid to practice sustainable land management with a direct benefit for nature and climate. SFI focusses on individual farms, whilst the other two encourage local and regional projects. Effectively famers will be paid to carry out work that benefits wildlife whilst remaining economically viable. But has it all gone wrong?

Faced with rising costs and uncertainty over the detail of future farming support, topped by wider concerns around the cost of living crisis and the price of food, farmer patience with the Government’s roll-out of the new schemes is waning. The result could be the postponement of a new farming support scheme and instead maintaining BPS payments at current levels, a focus on rapid increase in imports, unsustainable bi-lateral trade deals and a deeper short-term investment in fossil fuels.

There was a time in 2021 when many in the farming and ecology sectors were united in a belief that we were about to see a revolution in the way farming operated. Farmers would no longer be paid to over-produce; new schemes would focus on developing a climate-resilient and nature-rich landscape and food production would be more innovative and inspired. Today the sentiment is very different. One farmer said to me “everything is up in the air. Costs are unbelievably high. There is no certainty. We don’t know whether we can apply for new schemes or not. The combination of high prices and uncertainty about what we can plant and how we can manage land means we are struggling”.

There is a future for farming. But ditching new support schemes for farms and nature because of short term shocks in energy and import costs is not the way forwards. In 2022 the UK has the capacity to be almost entirely self-sufficient for fruit, vegetables and livestock. At present famers are caught between the realities of price rises and vague promises by government of a better future.

There is no doubt that we are about to see a revolution in farming-but one in which we could lose many more farmers to bankruptcy and the pain of selling good quality farmland for housing and commercial development just to make money. We cannot eat from ever expanding industrial estates and we cannot continue to live in denial on the accelerating impacts of climate change and biodiversity loss.

Can we encourage you to write to your MP and say loud and clear that this is neither the time nor the place to ditch farm and nature support? ELMS must succeed. Without it nature and farming will be facing an unprecedented and unparalleled crisis-and the impacts will be further loss of nature, further loss of sustainable land practices, greater import reliance and an economy unable to adapt to the climate crisis.

Andy Lester is Head of Conservation at A Rocha.
Follow: @ARochaUK and @AndyLester01 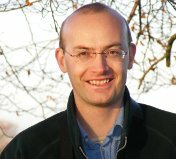