How rewilding can help build a Nature-Based Economy

When you think about ‘green jobs’, is the first image that springs to mind someone in a hard hat mending a wind turbine?

Many discussions about the need for a ‘just transition’ from a high-carbon to a zero-carbon economy still focus on energy and industry. Much of the Government’s focus on ‘levelling up’ centres on regenerating post-industrial areas. Vital as these concerns are, rural and coastal communities are in danger of being left out. If we’re to reach net zero, restore natural carbon sinks, and protect 30% of our land and sea for nature, rural and coastal economies have to be at the forefront of change.

Today Rewilding Britain publishes a new report, ‘Rewilding and the rural economy’. We believe that a new and thriving ecosystem of employment can be built around the restoration and rewilding of nature. To this end, we propose the creation of localised Nature-Based Economies across 30% of Britain by 2030.

As land use expert Professor Ian Bateman has told us, “Nature based economies provide a very promising element of a move towards a more sustainable, efficient and equitable future for the UK.” Or as Dr Neil Hudson, the Conservative MP for Penrith and the Border, has recently written: “To level up rural areas, we need to rewild them.”

Rewilding generates jobs. Our analysis of 33 rewilding projects in England covering over 33,000 hectares has revealed a 54% increase in full-time equivalent jobs since rewilding began. Jobs across the sites have risen from 173 to 267, and now include education, nature tourism, food and drink production, ecology and events. Volunteering opportunities on the sites have risen from 61 to 810 – a thirteenfold increase.

And this is really just the tip of the iceberg. We want to see core rewilding areas established over 5% of Britain. But we see these places as nested within a broader set of ‘regenerative areas’ covering at least 25% of Britain, which support a diverse range of land and marine uses and enterprises, generating value for the local economy while allowing nature to flourish – from continuous cover forestry and nature-based tourism to recreational fishing, regenerative aquaculture and wild meats. Together, rewilding and regenerative areas would help deliver the Government’s 30x30 pledge, whilst also rejuvenating rural and coastal economies.

Our report paints a picture, quite literally, of how a nature-based economy in the year 2030 would differ from today (you can see the ‘before and after’ images on pages 15-16 of the report). Nature is rebounding in this imagined landscape: there are more saplings and scrub regenerating on the hills, the rivers are cleaner and less prone to flooding thanks to beaver reintroductions, and the peat bogs have become net carbon sinks again after being restored.

But crucially, there are also people in this wilder landscape. People who are working on the land and sea, whether they’re restoring naturally flowing rivers, mixing stock management with wildlife guiding, running community engagement activities, carrying out monitoring and research, leading recreational fishing trips, or learning from the Norwegian model to pioneer wild field sports. And more people are visiting the area to see the resurgent wildlife, visit eco-tourism projects, and spend their money in local cafes, pubs and shops. Rewilding and ‘re-peopling’ can and must go hand in hand.

As the sci-fi writer William Gibson said, ‘the future is already here – it’s just not very evenly distributed’. Our case studies of nature-based businesses and rewilding projects give a flavour of where this future is already being successfully trialled. Everyone’s heard of the Knepp Estate and its famous purple emperor butterflies, but fewer perhaps know that its nature tourism business now has a turnover of around £800,000 per year, with a 22% profit margin. Or take the Langholm Initiative, which recently led a community buyout of a 2,100-hectare grouse moor which it intends to transform into a nature reserve, and use as a springboard for wider economic regeneration of the area.

So what needs to change for nature-based economies to become a reality? We propose 4 key policy changes for the UK Government:

As Sam Hall, Director of the Conservative Environment Network (CEN), has told us: "This report sets out very clearly the substantial economic opportunities for rural communities from supporting more nature restoration projects and regenerative farming practices across the UK.” We hope the Government pays close attention.

Guy Shrubsole is Policy and Campaigns Coordinator at Rewilding Britain. 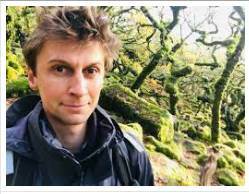