Gene editing for livestock is not the answer, rare breeds are

After the government announced that it will be relaxing rules on gene editing, Christopher Price, CEO of the Rare Breeds Survival Trust discusses the potential risks of gene editing for livestock.

Yesterday the Government announced its intention to, at least partially, deregulate gene-editing. Most of the focus has been on crops, but the intention seems to be to roll it out to livestock too.

Perhaps unsurprisingly, Government is keen to persuade us gene-editing is really not that different to traditional breeding. But in practice the two differ significantly; gene editing is an entirely laboratory-based process depending on significant human intervention aimed at achieving a quick fix, a world away from conventional breeding grounded sexual reproduction over a number of generations.

There is a clear desire to highlight potential welfare benefits too, with the suggestion that the technology could bring about improvements by, for example, giving animals immunity to diseases such as PRRS (Porcine Reproductive and Respiratory Syndrome) and ASFv (African Swine Fever).

Going further, some of its supporters even say gene editing could be used to further improve welfare by removing the ability to feel pain and stress. Other proponents maintain it can help address the challenges of food security; gene edited animals can grow faster and use fewer inputs. As a result, costs are reduced and the impact on the climate and wider environment lessened.

The new technologies could also be used to improve efficiency, through by what is sometimes called “gender-skewing”: increasing milk production by producing more female dairy cows, or more eggs through more female chickens. Doing so would also reduce the numbers of male cows and chickens culled shortly after birth.

But all this is to miss the point that most of the problems that gene editing seeks to address are manmade, resulting from industrial intensive farming systems. Native livestock breeds were bred to thrive in our landscape. If the right breed is kept in the right place, at the right density, health and welfare will be better anyway, and the problems gene editing seeks to address far less frequent. You don’t need gene editing to ensure high welfare if the overall system is right.

In addition, all of these claimed benefits are still at the hypothetical stage. To date no gene-edited animal has made it onto a farm, let alone into the food chain.

Of even greater concern though, is the extent to which the gene editing of animals that has been carried out so far has not been nearly as predictable or reliable as the scientists expected. In China, scientists wanting to produce leaner rabbits deleted a gene with the aim of limiting muscle growth, the result was animals with alarmingly enlarged tongues. Some gene edited pigs in China developed an additional vertebra.

The case of the gene edited Holsteins is perhaps the most well-known. In 2019 researchers in America’s Food and Drug Administration analysed the genomes of two cows that had been gene edited to prevent them growing horns. Although, the cows were indeed without horns, the FDA discovered that the process used had resulted in the introduction of gene sequences that created a resistance to three different antibiotics.

(Farmers in Germany and the Netherlands subsequently showed it was perfectly possible to breed hornless animals naturally)
All this seems to suggest that gene editing is a long way from being able to guarantee the sort of predictable results required.

Then there are the legal issues. Gene editing techniques are expensive and to protect the investment will need to be patented, as will the products. Patents give protection to their owner even if the same result were achieved independently, so even if the same trait could be achieved by traditional breeding, the traditional breeding approach would still infringe the patent. This could result in significant restrictions on breeders’ ability to breed and trade as they choose.

So, is there a role for gene editing at all? Few people would dispute the failings in the food system. Farmers are significantly undervalued by the market, with the result that incomes are much lower than they ought to be; all the more so for those farmers that strive to meet the highest standards.

But is gene editing part of the solution; using new technologies to facilitate intensive farming by minimising some of the consequences?

Commercially astute farmers are already increasingly recognising the benefits of keeping native and rare breeds. Kept in the landscapes for which they were bred, input costs go down and with a bit of clever marketing, highlighting provenance and local connection, income goes up. Such farmers do not need artificially engineered breeds to prosper. The traditional ones do the job.

It’s only if we continue with industrialised intensive farming that we might need gene editing.

Christopher Price is CEO at the Rare Breeds Survival Trust 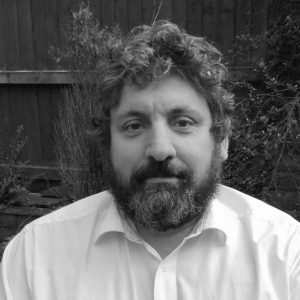