Jim Foster, Conservation Director at Amphibian and Reptile Conservation Trust, welcomes the recent about-turn on pheasant release licensing, and discusses how to address remaining concerns over impacts on our reptiles.

Last week, Defra announced that from 2021 releases of pheasants and red-legged partridges on or close to European protected sites will need to be licensed. This about-turn by government is a response to a legal challenge by Wild Justice.

Indeed, there has been a flurry of news on gamebirds recently. August saw the publication of a “rapid evidence assessment” of the ecological consequences of gamebird releasing, commissioned by Natural England and the British Association of Shooting and Conservation. RSPB refreshed its position on gamebird shooting in October. A peer-reviewed paper assessing the effect of gamebird releases on wildlife was also published in October. That’s a lot to digest, and I’ll just comment on some specific reptile issues in this blog, without attempting to cover the broader nature conservation and socio-economic issues, crucial though they are.

Anyone with an interest in British snakes and lizards will, I suspect, be pleasantly surprised that the potential impacts on reptiles are a common and prominent thread in these reviews. It’s pleasing to see ARC’s advice on pheasant release impacts reflected in the various outputs. Whilst the reviews come to different conclusions about the type, scale and significance of the effects of gamebird releasing on wildlife, on my reading there is broad agreement that reptiles are likely to be adversely affected, at least under some circumstances.

The notion that reptiles might be harmed by some gamebird releases has long been a concern for ARC due to our own observations, and through liaison with volunteers, scientists and other land managers. Most discussion on the topic centres on pheasants as predators of reptiles. After all, some birds are known to take large numbers of reptile prey – as an extreme example, in New Zealand the government is deploying chickens (incidentally, in the same Order as pheasants) to eradicate introduced reptiles. Pheasants certainly do eat British reptiles. But then, so do plenty of other animals; the crucial point is to determine whether this additional predation pressure has a population-level effect on reptiles, either alone or when interacting with other factors.

Moreover, it’s plausible that indirect effects might be just as important as direct predation. These include the effects on invertebrates, vegetation, and the local abundance of generalist predators. The release of such a large biomass of birds surely has some impacts on ecosystems, of which reptiles are one component.

Alongside this, of course, are the potential positive effects of gamebird management on reptiles – primarily the creation and maintenance of hedgerows and other habitat features. Assessing the net impact of potential positive and negative effects is complex, especially in relation to the spatial extent over which impacts occur. In addition, any impacts on reptiles are likely to depend on a range of factors, such as the number of birds released, the location of release pens in relation to reptile distribution, and the quality of habitat for reptiles in the vicinity.

The reviews seem to conclude there is a sound rationale for adverse impacts on reptiles, but there has never been a robust field study to test this. The onus should be to demonstrate no effect, or one that can be reliably mitigated. The precautionary principle should apply, given: the scale of releasing (with estimates of between 39 and 57 million pheasants per year); the fact that existing mechanisms don’t appear to be restricting releases where this impacts on reptiles; and ongoing concern over reptile conservation status. The Game and Wildlife Conservation Trust best practice guidance is a useful reference by an organisation with sectoral authority, and it clearly advises against releases where there might be an impact on reptiles. Yet in my experience this part of the guidance is infrequently observed.

Of course gamebird releasing is just one factor influencing reptile populations, which are often already compromised by problems such as fires or lack of habitat management. Landowners involved in gamebird management have an important role to play in helping with reptile recovery – their decisions will influence how suitable the land is, and we need their enthusiasm and commitment to deal with the wider issues. ARC understands these perspectives, having conducted research on reptiles in farmland where pheasants releases occur, in collaboration with the Game and Wildlife Conservation Trust and University of Oxford. The views and motivations of landowners are critical considerations when assessing options for managing the countryside with reptiles in mind.

A licence is needed for the release of many non-native species, and some native ones, even in low numbers. It has always seemed incongruous that permission was unnecessary for the release of tens of millions of pheasants. The government’s recent decision to introduce licensing is therefore welcome, but what does it mean for reptiles?

Unfortunately I don’t think this decision takes us far enough. For a start, most reptiles occur outside European protected sites (though those sites do support important populations of some species). The licensing regime is likely to focus on potential impacts on the interest features, i.e. the species or habitats for which the sites were designated. This would likely miss the mark as SACs and SPAs cannot be notified for British reptiles. However, as Defra proposes to regulate via general licensing, it is possible that any broad risk reduction measures might help reptiles. I await the details of the licensing regime with interest.

There needs to be a rethink about how to ensure gamebird releases don’t unduly impact on reptiles generally. Not all gamebird releases have potential for adverse impacts on reptiles, but existing mechanisms don’t appear to be effective for assessing - and if necessary modifying or preventing - those that do. Further research is warranted, and ARC has plans for how this could best be conducted, with a focus on assessing population-level effects.

The more evidence we have, the better we can target mitigation and restriction. But that research would take substantial resources and several years to conclude. In the meantime I think we need a more urgent look at the practicalities of reducing the potential harms and optimising the benefits of gamebird management as far as reptiles are concerned. The fact that we now have published concordance among key stakeholders about the risks to Britain’s snakes and lizards means this is tantalisingly feasible. 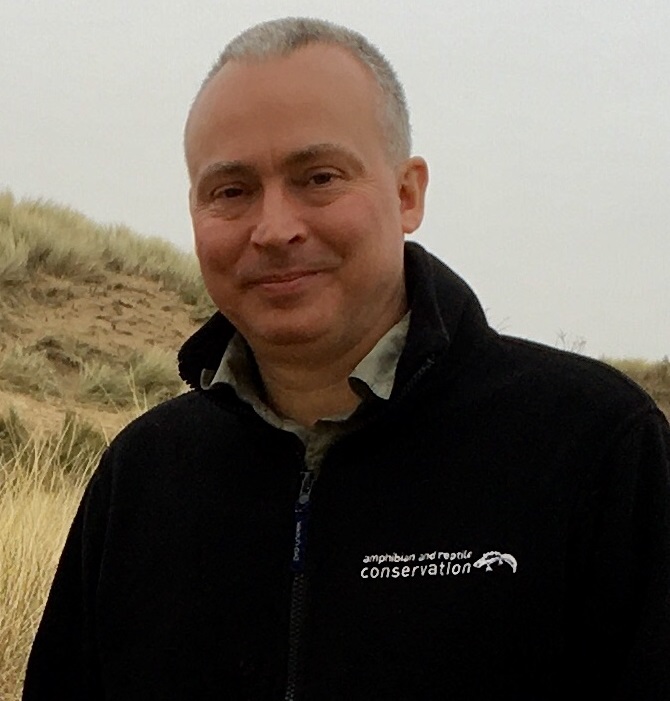