Hannah Conway, Policy Officer at Wildlife and Countryside Link, writes on the shift in economic thinking around the true value of nature ahead of the publication of the Dasgupta Review on the 'Economics of Biodiversity'.

For many years, the nature and climate crises have been given short shrift in mainstream economic thinking. The effects of environmental damage have been increasingly recognised as an important negative externality (a cost imposed on a third party), but the idea that the current rate of environmental decline poses an economic threat, let alone an existential one, has been slow to take root. In other words, protecting the planet was a nice-to-have, but not an essential part of the economy. This has allowed the depletion of natural resources, climate change and species decline on an alarming scale to continue without serious economic challenge.

In the UK alone, around 41% of UK species have declined since 1970, just 14% of English rivers are in good ecological condition and 1/3rd of British pollinators are in decline. This is almost exclusively caused by human economic activity including-but not limited to- unsustainable farming practices, building and infrastructure, industrial and household waste. The list goes on.

But now it is becoming apparent that damaging our natural world (of which we are a part) is also damaging our economic prosperity. At last, this interdependence that so many cultures and communities have known intuitively for so long is finally being recognised by mainstream economic thought. The World Economic Forum estimates that half of the world’s GDP is “moderately or highly linked” to the availability of ‘natural capital’, the natural resources for the production of goods and services (such as access to plentiful and clean water) that economies are dependent on. But If we don’t redress the imbalance now, the UK economy alone could lose around £15.5bn annually in the years ahead.

So, things are changing. Scientists, economists and the wider population agree that we must account for nature. To give voice to this shift, tomorrow the first independent global review on the ‘Economics of Biodiversity’, led by Professor Dasgupta, will be published. Dasgupta’s Interim Report, published last year, began to explore the idea that by valuing natural capital as much as man-made capital we can reverse nature’s decline. Tomorrow’s full report will set out in further detail the case for rebalancing the economy towards natural capital, and how this will deliver higher rates of return in the long term.

This marks a huge shift in economic thinking, which now must be followed by action. As part of a Green Recovery, we now need a concerted effort from Government, business and financial institutions to work out the framework that will reinforce the true value of nature by:

1. Greening finance, ensuring that our financial system aligns with ambitions to reverse nature’s decline. An example of this could be Government support for the Taskforce for Nature-related Financial Disclosures, which- if taken up by governments- would oblige financial institutions and corporates to assess the risks that their investments and economic activity would have on nature.

2. Regulating for nature. This would mean providing rules and incentives for businesses to change their behaviour. For instance, if the Government bans a pesticide, it provides an incentive to search for an alternative. With the right regulation, Government can steer businesses toward more sustainable alternatives (and avoid providing incentives to move to more damaging practices).

3. Investing in nature. Investing in nature can create thousands of jobs, save billions of pounds in healthcare spending, and make our economy more resilient at the same time as restoring nature. A good example is investing in wetlands and floodplain to save costs down the line. Estimates suggest that the cost to the insurance industry of UK river and coastal flooding could result in annual average losses of between £1.6 and £6.8 billion.

There is a job to be done, and the UK Government has an opportunity this year to be the first to take up tools. What better year to take the lead than 2021, where the UK will host COP26, the G7 summit and will attend the UN Biodiversity Conference?

Tomorrow’s Dasgupta report will see the start of concept change on natural capital. Action to embed that change across our economy must follow.

Hannah Conway is Policy Officer at Wildlife and Countryside Link 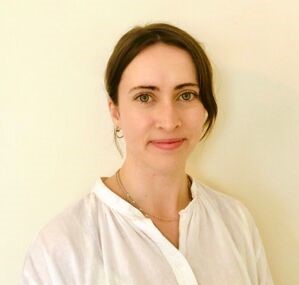