Ahead of Autumn Equinox on Wednesday, actor, singer & environmentalist Martin Nelson writes on the significance of the moment for nature and climate campaigners.

I want to share a Big Idea. It’s not new but has never been implemented. I think its time has come. Fifty-two years ago in 1969 the famous anthropologist Margaret Mead and others, at the very beginning of the environment movement, chose the Vernal Equinox to be the first Earth Day.

Margaret said “Earth Day is devoted to the harmony of Nature. The celebration offends no historical calendar, yet it transcends them all.” Exactly, and there is also a twin event in our annual seasonal cycle similarly blessed – Autumn Equinox. However the arguments of Senator Gaylord Nelson (no relation) - that a date in April fitted better into the US school calendar - won the day; thus the first official Earth Day was established on April 22 1970.

1. Equinoxes are Earth-defined Days – they are planetary events, fixed in time
2. At equinox we are Equal under the Sun - 12 hours night and day across the globe
3. Two equinoxes each year double up on action – fitting for the twin crises of climate change and biodiversity loss.

The Big Idea therefore is simple: use both equinoxes as Earth Action Days, on which to pledge a change in your life, answering that increasingly urgent “What can I do?” question. We could replace plaintiveness with positivity, joining together in action around the world.

A global idea then, that could unite everyone. I am just a jobbing singer/actor – though with some environmental pedigree: I designed London’s first Cycle Route in 1977, which has been followed up recently by a network of 800 miles of recreational cycle routes around London - Cycle Orbital. In the 1980s I devised and mounted Scrap and Scratch Operas: create-an-opera-in-a-day events for children and professionals, all done in six hours flat, all costumes and props made from scrap materials. Crazy, but wonderful - ground-breaking in their day.

The equinox idea seedcorn was the shock-and-awe attack on Baghdad, March 19th 2003. I noted the date: eve of equinox … I took the word apart: Equi. Nox. The equi bit sat uneasily with what was happening…

It took years for this to develop into twinned events when we are Equal under the Sun*, but steadily the inherent qualities of equinoxes produced ideas, slogans, and applications.

First, a name: you can’t get snappier than two letters, and EQ has all sorts of resonances and connections. The colour scheme was pre-ordained: Spring green and autumnal russet. Next, a logo design for EQ®. This is generated from Euclidian geometry, being twin circles within a Golden Section rectangle. Known as Phi (Greek ?), this proportion - 1:1.618 - is common to most cultures (think Mona Lisa, Heavenly City, Pyramids, Notre Dame, Chichen Itza…), and more importantly relates to the Fibonacci series, Nature’s key mathematical building block (think nautilus shell, sunflower seedhead…). The building of the concept continued.

Through half a century of environmentalism the equinoxes have been waiting to become rallying points for change; now EQ-equalunderthesun has stood ready throughout the climate-biosphere crisis years to revive them as a universal ‘hook’ and call to action. An earlier launch might have foundered, but now at last a proper paradigm shift is underway: wellbeing is replacing growth economics, delusion and denial (largely) in retreat. That’s why I’m excited to share it with Wildlife and Countryside Link, acting as it does as a collective agent of practical change. Many have recognised the potential in EQ on its journey, two Nobel laureates included, but I hope my audience here can recognise an opportunity to actually use EQ. Has its time come?

Please click here for more on the natural advantages of equinoxes as audit-action-link calendar events, and EQ’s add-ons – the slogans Spring into Action and Turn over a New Leaf for instance.

“So it’s heuristic” someone replied when I described EQ. I didn’t know the word, so had to find out… Yes, exactly - EQ is heuristic! Equinoxes are inviting us to understand what to do by using our common-sense and our senses. If we take their Long View and see their Big Picture they offer us two symbolic moments of collective equality when acting smart and together we might undo the damage we now know we are doing to ourselves and the rest of the biosphere.

The logo is heuristic too: by making your own using simple geometry, you unpack what so concisely lies within, discovering what binds us to our worldwide neighbours, the sustaining natural cycle of life and the home on which we depend, Earth.

Martin Nelson is an actor and environmentalist

* Equal under the Sun is a demo site of 2013 to show how an EQ-equinox portal site might look and operate. 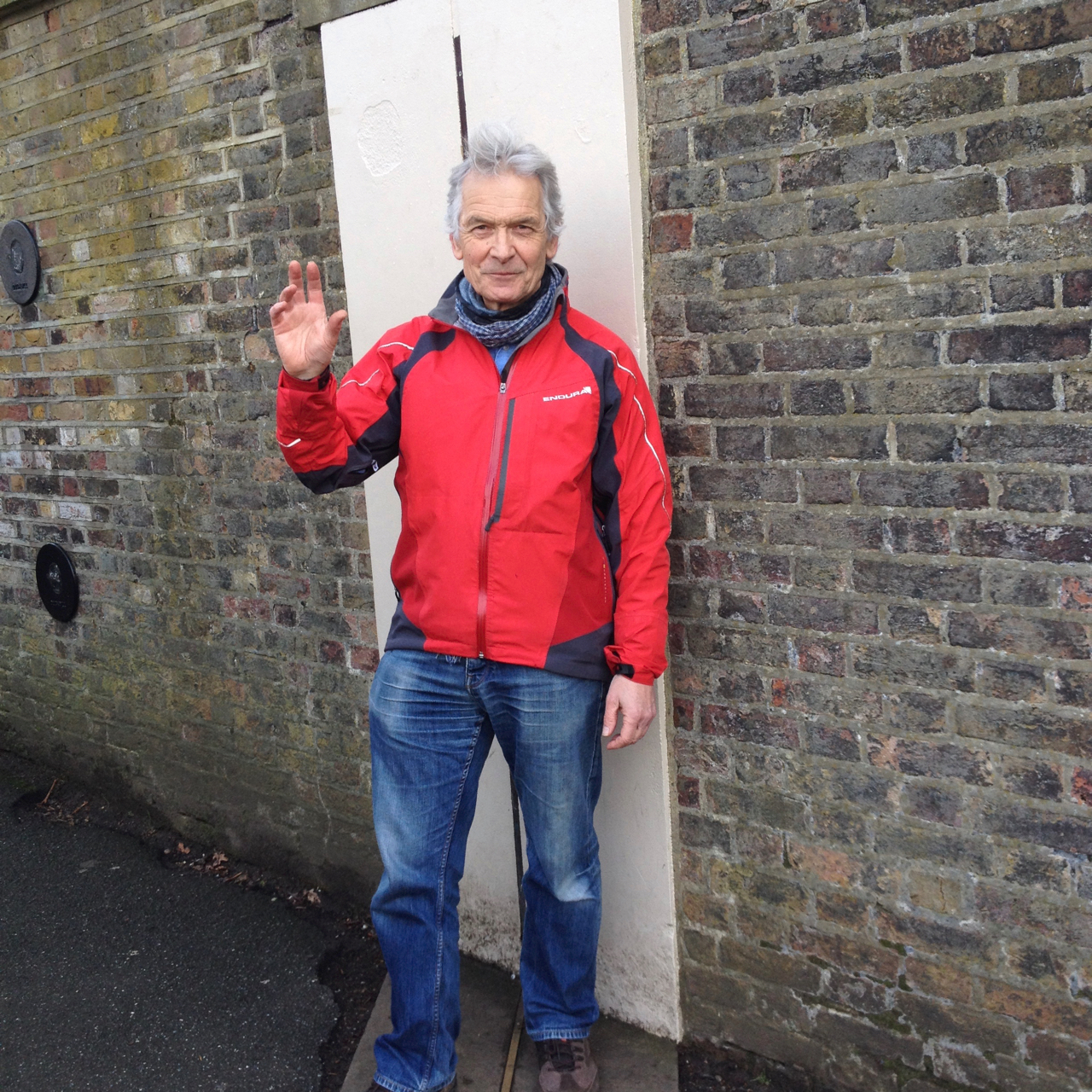