The Government has committed to using Brexit to make the UK ‘a world leader on animal welfare’. Over 50 of the leading animal protection groups in the UK have joined forces to campaign for a strong law that recognises animal sentience, and creates a duty for Government to consider animals’ welfare needs in its decision-making. 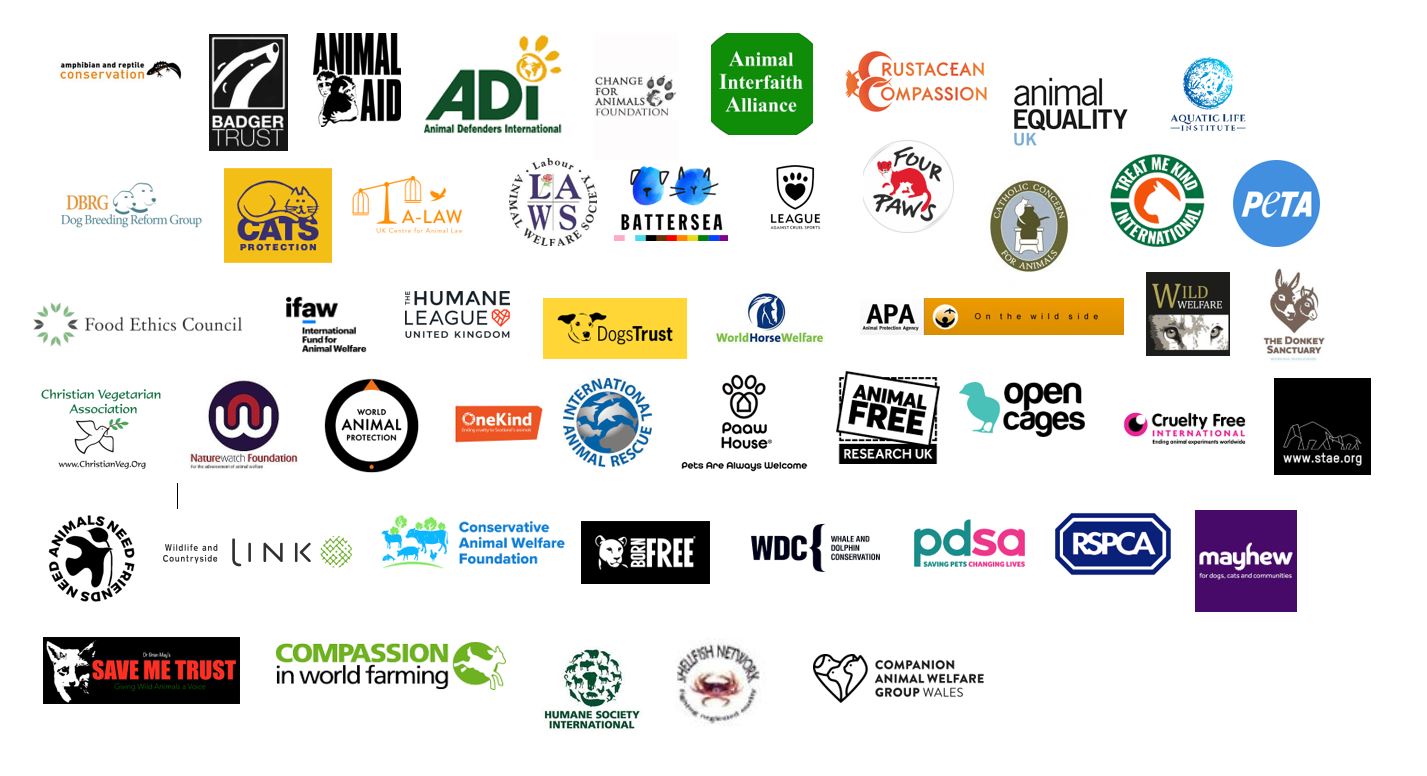 Under European Union law, animals are recognised as sentient beings whose welfare must be protected. As we have left the EU, animals in the UK have lost that legal protection.

The Better Deal for Animals Coaltion have lobbied government for a new post-Brexit Animal Sentience Act to ensure replacement legal safeguards for animals, and to create an independent animal welfare commission to advise Ministers on discharging their duty to animals effectively. We have hosted two Parliamentary receptions, attended by Ministers and more than 100 MPs and Peers from all political parties. We have demonstrated the strength of public feeling on this issue with strong YouGov polling results, and the backing of twenty-three high profile celebrities - Larry the Downing Street Cat even spoke out on behalf of his fellow animals! Singer Alesha Dixon's petition for an animal sentience law reached over 100,000 signatures and was debated by MPs in Parliament on Monday 16 March 2020.

We are pleased that the Government has now responded, announcing an Animal Welfare (Sentience) Bill in May 2021. Over the months ahead we will be working hard to ensure that the bill becomes the gold-standard for animal welfare legislation. Our briefing ahead of the second reading of the bill can be found here, and our committee stage briefings are here and here.

A Link & BDFA response to the EFRA Select Committee's call for evidence on the Animal Welfare (Sentience) Bill can be found here.

Show your support on social media for getting a #BetterDealForAnimals

Membership of Wildlife and Countryside Link is open to national and international voluntary or other non-profit organisations based in England. Member organisations must be able to demonstrate an interest in furthering the work of Link, and their aims must include the protection of wildlife, landscape and the quiet enjoyment and appreciation of the countryside. Individual members of the public are not eligible to join Link, but may be interested in joining one of Link's member organisations.