An integrated and sustainable approach for farming

Farmers would be the first to say they need good quality soil, clean water and lots of beneficial wildlife from beetles to bumblebees to grow crops. So why now, with strong evidence to show the continuing decline in nature and impact on people and the economy, are we not jumping at the chance to bring the two year plans on farming and the environment together? Likewise, why is everyone not being more vocal and scrambling for a radical re-think of the architecture (and ultimately economics) that dictates and drives how and for what purpose most farmers farm and land is managed?

We must start to view natural resources as the assets that underpin food production. We also need to recognise how protecting and enhancing them can deliver services for the wider public good thus generating new, sustainable lines of finance for farmers and other land managers (think farmers getting paid to reduce flood risk, provide clean water, and protect beautiful landscapes to engage our children in nature). There have been many valiant attempts to capitalise on some of these ‘new market’ opportunities but these have largely taken the form of contracts and not been delivered at sufficient scale or tackled the market barriers to make the transactions mainstream and self-sustaining.

Until 2003, the more food you produced, the more you got paid (in the form of government subsidies derived from taxpayer contributions). But with that had come the realisation that producing more food had not only led to environmental degradation, it had created the then infamous grain and butter mountains of the 1980s. It took a very long time for the policy landscape to start to change for the better but it did – and then everything came to a grinding halt with the global economic crash in 2008.

Amid the global financial crisis, the global crisis facing nature didn’t get the air time despite it being reported we were losing ‘natural capital’ worth between $3 and $5 trillion every year versus $1 and $1.5 trillion in total from the banking crisis. Even with these startling statistics, the economy has continued to dominate the media and political centre stage ever since. Ahead of the last general election, the NHS and economy topped the polls as the most important issues facing Britain with the environment right down at number 18. Everyone assumes the environment is fine and there’s nothing to worry about because we really don’t hear much about it. We get the odd sniff that something might be amiss, but even then the story is buried deep within the papers or confined online.

No-one knows how much longer we can continue to ‘mine’ our natural resources before we drop below the tipping point or renewable threshold as Professor Dieter Helm so eloquently describes. Over the last few years, there have been many stories about the declining health of soil, including one from the FAO which claimed we only have 60 harvests left. That’s the issue – because we don’t see a problem or feel a sense of urgency because it won’t affect us now, we put off doing something in favour of short-term fixes. Without a healthy natural environment providing the goods and services we take for granted – on which all aspects of industry and the economy depend - we won’t have a vibrant farming sector in 25 years’ time.

A new venture between the think-tank Green Alliance and the National Trust is attempting crack this. To help fast-track a more transformational alternative to public subsidies that are on a downward trajectory, we’re building a collaboration of leading landowners, businesses and academics to develop and launch new market mechanisms to help transform the way we manage and fund land more sustainably that’s good for nature, good for people and good for the economy.

It is absolutely right that the Government is thinking long term about farming, food production and the natural environment. But producing great food and feeding a growing population rests on us looking after the natural environment which makes this possible and which opens up new opportunities to support farming and nature into the future. Defra should use the opportunity afforded by the Government’s two 25 year plans to develop a more sustainable and integrated approach to how land is managed and funded - recognising farming’s dependency not just impact on the environment - whilst doing more to raise awareness and build public support for the environment. Now is the time to rethink what our land is for, put the environment back on the agenda, and build a smarter approach to secure our future economy. 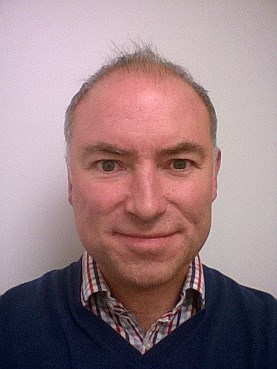