A Global Agreement for Nature

Georgina Chandler, Senior International Policy Officer at RSPB, reflects on this week's opening of the Convention on Biological Diversity COP15 in Kunming, and sets out what needs to happen in the run up to the main negotiations next year.

The Convention on Biological Diversity (or CBD) is a place where decisions on nature conservation and use are made by countries across the world. Through the CBD in 2010 we agreed to a set of 20 Aichi global biodiversity targets that aimed to halt biodiversity loss by 2020. Despite many successful efforts, when the final assessment of progress was released in September 2020 it was widely reported that globally, and across the UK, we had failed to achieve the Aichi Targets ambitions.

We are currently negotiating the new global biodiversity framework for 2020-2030 (the GBF) that will, hopefully, put us on the path to a nature-positive world by 2030. The new framework is crucial because it forms the foundation that governments, business, and others, will look toward to guide their plans and decisions over the next decade.

Where are we in the negotiations?

We are in the final stages of negotiating the post-2020 GBF, and momentum is building for nature, but there are a lot of hurdles to overcome before we have a truly ambitious framework. The Conference of Parties (or COP) where governments come together to finalise the framework will take place in two parts.The first part, an "opening"and high-level ministerial session, has just concluded. The second part will happen in April and May 2022 in Kunming, China, and will be the core substance of the negotiations and where the post-2020 framework is adopted.

What happened this week at COP15 Part 1?

It has indeed been a busy week in Kunming. China hosted the opening of CBD COP15 and have now officially taken the presidency of CBD, launching the Kunming Declaration. Notably, Xi Jinping also announced a Kunming Biodiversity Fund and committed 1.5bn Yuan (or approx. 232mil USD) to support biodiversity efforts in other countries, calling for others to add to the fund.

World leaders spoke at a high-level session including: Russia (President Putin) - who had messages about working together to preserve our common habitat and spoke about their network of protected sites, Egypt (the current president of CBD), Turkey (who will host the next CBD COP), Kyrgyzstan, Costa Rica, France - reiterated previous commitments and asked for 30% of climate finance from development banks to go to biodiversity, Papua New Guinea, and finally the UK (HRH Prince Charles) who covered a wide range of important issues.

The road to spring- What does success look like?

An ambitious global biodiversity framework has the potential to demonstrate that business as usual is no longer acceptable, itshould help drive ambition on targets for natures recovery across the UK, mobilise and direct finance, and also be a tool to engage with businesses.

Globally through the CBD negotiations in 2022 we need a commitment to achieve a"nature-positive world by 2030 for the benefit of planet and people, by taking urgent action across society to halt and reverse biodiversity loss".This goal needs to be underpinned by ambitious targets for species and habitat recovery, and a framework that sets tangible actions to tackle the drivers of biodiversity loss.
To ensure a decade of success, we must focus on committing resources and financing to implement the targets, mainstream our national plans for nature across all of government, and develop more accountable and transparent monitoring and reporting.

China's announcement is a welcome first step - but it is the start not the end of the race to close the finance gap - and has left many wondering over the relative scale of the contribution. What we do know is that we now need to continue to grow momentum and see other countries stepping up before spring next year to make ambitious pledges, including finance, for nature.

Without tangible actions on the table, the world will agree on yet another set of targets with no commitment to delivering them.


Georgina Chandler is a Senior International Policy Officer at RSPB. 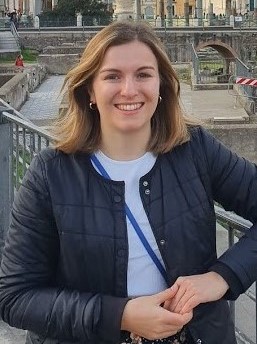